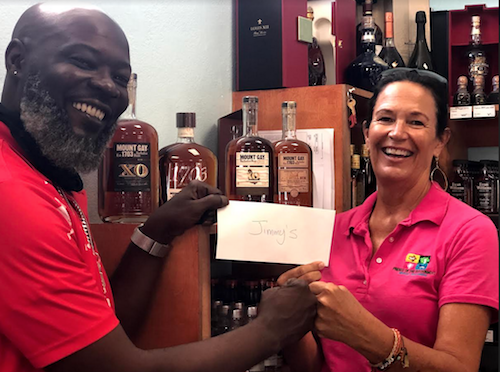 Since 1703, Mount Gay has been widely revered as the oldest and most celebrated rum with a longstanding connection to sailing, craftsmanship, and community all of which are truly united by the ocean. As a nod to that longstanding history, Mount Gay annually celebrates and promotes its environmental efforts through a special day dubbed We Care Day. In 2021, the company opted to widen its scope to include the whole month of June and the observation of World Oceans Month. In partnership with its local distributor, Bahamian Brewery & Beverage Company, the brand spent the month of June working to preserve bodies of water across the island chain. On June 10, the brand kicked off its celebration of World Oceans month in partnership with the Friends of the Environment organization. The brand collaborated to host a special Happy Hour at the Hope Town Inn & Marina in Abaco, featuring Mount Gay drink and food specials.

“The event was a great opportunity for residents on the island as it gave us an opportunity to give back. Part of the proceeds were donated to assist the group with its mandate to protect the island’s major environmental landmarks” said Mallory Sands of Bahamian Brewery & Beverage Company. Two days later, the brand moved its efforts to Rock Sound, Eleuthera for a massive beach cleanup effort. “We received immense community support” explained Sands. The Rock Sound cleanup was a collaborative effort with Clean Beaches Eleuthera. As part of their mandate, the group hosts monthly clean-ups designed to keep the island’s beaches in pristine condition. With the organization’s help, Mount Gay enlisted a team of 23 volunteers who collected some 525 pounds of garbage over a three-hour period.

“Our volunteers came prepared to do the heavy lifting” noted Sands “they were organized and efficient.” With work done, the brand treated its volunteers and the wider community to a Happy Hour event hosted at Sammy’s Place. To wrap up the month, Mount Gay brought their efforts to the capital and to Abaco for a dual beach cleanup on June 20. The cleanups were based out of Gone Fish’n at Arawak Cay beach and Pete’s Pub in Little Harbour respectively.

“This has been a great month of environmental awareness for the Bahamian Brewery and all its brands” noted Sands, “We hope that through our efforts we can encourage Bahamians to think sustainable and drink responsibly.”