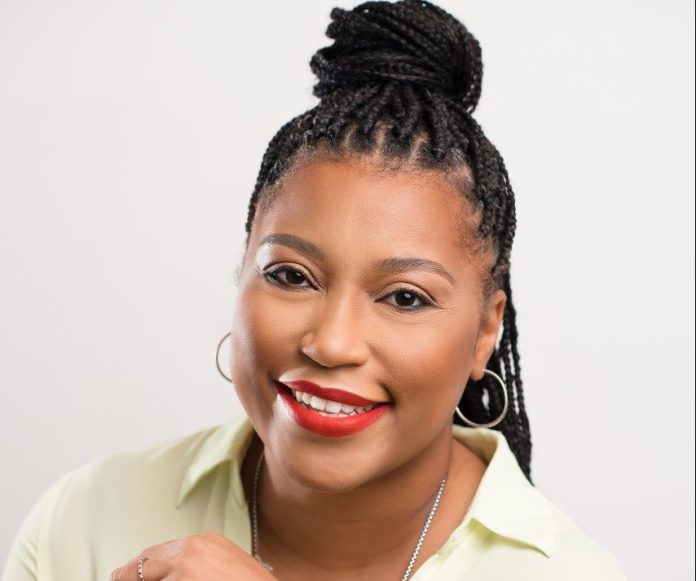 Only 10 per cent of women in The Bahamas received cervical screening tests prior to the pandemic and with the onset of the coronavirus disease, pap smears would have likely fallen to an all-time low with very little being done to increase the rate of screening, according to one well-known obstetrician/gynecologist (OB-GYN).

“Cervical cancer is a very common yet highly preventable disease but still, women are dying from it,” said Dr Shamanique Bodie-Williams who works as a consultant physician in Grand Bahama’s public health system and operates private clinics in Freeport and New Providence.

“Bahamian women have historically been reluctant to undergo their annual pap smear, a screening test used to find changes in the cells of the cervix that could lead to cancer. Not surprisingly, COVID-19 has made matters worse. Our national awareness of cervical cancer, a gynecologic malignancy which does not discriminate, has dropped to an all-time low.”

January is Cervical Cancer Awareness Month, an observance which provides a platform for the fourth most common cancer for women globally. It trails breast, colorectum and lung cancer.

In 2018, an estimated 570,000 women were diagnosed with cervical cancer worldwide and about 311,000 or roughly 55 percent died from the disease, according to the World Health Organization. Developing nations accounted for the vast majority of cases.

“We have a totally preventable cancer that is traumatic and extremely costly when diagnosed late. It’s a challenge for our country and a nightmare for our healthcare system. This is something that could be eliminated,” said Dr Bodie-Williams, the author of Progression: A female adolescent and parent’s guide to gynecological health and Being Breast Aware.

“Nobody likes getting pap smears. It’s intimate, invasive and uncomfortable. But it can also be lifesaving.”

Cervical cancer involves the neck of the womb, specifically, the area connecting the womb to the vagina. It’s caused by the human papillomavirus (HPV) of which there are many different types. HPV is divided into high and low risk categories. The majority of cervical cancers are caused by high-risk HPV.

Other factors increasing one’s risk of cervical cancer include age, ethnicity, sexual history, prolonged use of birth control pills, giving birth to three or more children, smoking or having an immune compromising condition.

“Pap smear is the gateway test when it comes to women’s reproductive health. It is designed specifically for cervical cancer,” Dr Bodie-Williams noted.

Medical research and statistics are hard to come by in The Bahamas but according to Dr Raleigh Butler, the nation’s first gynecologic oncologist, in the late 1990s cancer in the female reproductive system totaled around 60 cases annually in the public health system.

There were around 25 cases of cervical cancer,  15-20 endometrial, 10 ovarian and two each of vaginal, vulva and gestational trophoblastic disease, said Dr Butler whose practice spans 35 years.

The numbers dipped in 2007, which he attributed to an increase in colposcopy – a diagnostic procedure which allows doctors to detect, and thus treat, precancerous lesions on the cervix.

By 2013, numbers began creeping up in the public health system primarily due to a decline in the number of colposcopies triggered by a lack of resources and manpower, Dr Butler noted. Statistics for private health care providers were not readily obtainable.

With the onset of the pandemic and patients postponing care, Dr Butler believes the number of female reproductive cancer cases could be as high as 80 to 100 patients.

When it comes to cervical cancer, historically rates in the Bahamas have been higher than developed countries. It’s why local health care professionals recommend all eligible women make the effort to be screened.

In the case of Dr Bodie-Williams’ practice, anywhere from 10 to 15 percent of the pap smears she carries out are abnormal. At that point, patients receive different recommendations based upon the abnormality.

“Complacency is dangerous when it comes to your health. How often you should have a cervical screening would depend on your risk factors. That’s something to discuss with your healthcare provider,” said the women’s wellness advocate.

“Your cervix is unlike your other body parts. You don’t see it, so it must be assessed and evaluated by a professional regularly. The first step is to have a pap smear and further evaluate any abnormal results which will determine further treatment.”

Almost all cervical cancers are caused by HPV, a common virus that can be passed from one person to another during sex. HPV is so common that most people get it at some time in their lives. For most women, HPV will go away on its own. It usually has no symptoms.

Since the 1990s, the strategy for battling HPV has been prevention via vaccination. Locally, the public health system recommends girls receive HPV vaccinations which should ideally be administered before they become sexually active. Women up to the age of 45 could be vaccinated as well, based upon their OB-GYN’s recommendation.

Vaccines prevent over 99 percent of some HPV types in women who have not yet been exposed. In Australia, where there are high rates of vaccination and screening, experts predict the elimination of cervical cancer as a public health problem within 20 years.

In The Bahamas, the pandemic has not only turned lives upside down but also disrupted the immunization schedule for many students in the public system who received vaccinations via their schools and government clinics. Essential childhood vaccines, like HPV, have been delayed since parents have been reluctant to make alternate vaccination appointments or keep existing ones.

“Globally, fewer vaccines have been given during the pandemic. It’s going to be vital for parents to catch up on their child’s routine immunization/vaccination schedule as soon as possible to avoid increased risks for outbreaks of vaccine-preventable diseases,” said Dr Bodie Williams.