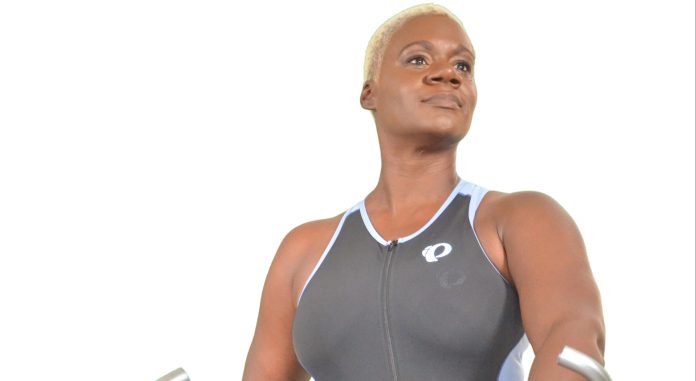 A Bahamian woman who lost her leg to cancer and went on to defy odds and inspire thousands will be named godmother of Royal Caribbean International’s Odyssey of the Seas. Erin Brown, a 41- year-old mother of two and a para-triathlete who cycles, runs, swims and competes at an international level, will accept the honour at a special ceremony in Florida later this week.

“From the moment we heard the story of Erin, how her courage and determination in the face of adversity inspired others and led to a more inclusive consciousness about succeeding with disabilities, we were moved and knew she was a great candidate for godmother of our newest ship, Odyssey of the Seas,” said Michael Bayley, president and CEO, Royal Caribbean International. “A godmother serves as the guiding spirit of the ship and brings good luck and safe travels to its crew and guests.”

While she was in college participating as a track and field athlete, Brown was diagnosed with a rare form of bone cancer called osteosarcoma after suffering a fall that resulted in a broken leg. After more than a year of chemotherapy, her tumor showed no signs of shrinking, and Brown made the difficult decision to amputate her limb above the knee. Brown, who watched her own mother struggle for five years before losing her battle with lupus linked to cancer, knew she had to keep going because her child depended on her. She underwent surgery and woke up to one less leg. “Mind over matter,” she repeated. And then, she re-invented herself.

She said she recognizes now that her disability was a signal to start over. The first time she completed the 100-mile cycling event, Ride for Hope, raising money for cancer research, education and prevention, she led a group of adaptive athletes who heard the thunderous applause and cheers from the crowd that had witnessed the one-legged cyclist achieve what few with two legs could on the hilly terrain.

“A sudden change like the one I experienced is just an opportunity to rebrand yourself to yourself and to society. All those skills you had before – you still have them,” said Brown who has gone on to become an advocate for rights for the disabled and works at the University of The Bahamas as the compliance officer and counselor for the physically challenged.

“Having Erin as our godmother is a fitting way for us to pay tribute to The Bahamas,” said Bayley. “Our company’s very first port of call outside the U. S. was to The Bahamas more than 50 years ago. To this day, Nassau remains one of our most popular ports of call and Perfect Day at CocoCay remains our top pick by our guests. We are excited about this ceremony and honouring our long-time partners, as well as the newest Bahamian flagged ship in our fleet.”