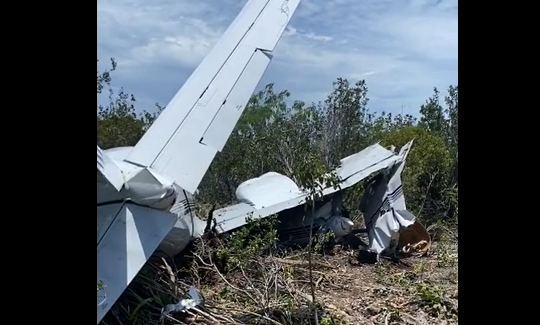 The Aircraft Accident Investigation Authority (AAIA) was notified shortly after 9:00am on Sunday June 5, 2022 of an aircraft that crashed 2 nautical miles from the Deadman’s Cay Airport shortly after take-off. Emergency Response was immediately initiated with efforts by the Royal Bahamas Police Force, Royal Bahamas Defence Force, Airport Authority and United States Coast Guard.

Upon further investigation it has been determined that the aircraft was a PA-31-310, US registration N711JW with seven (7) Souls on Board, one (1) pilot, six (6) passengers. It has been reported that one passenger has succumbed to injuries sustained from the crash. Medical evacuation for injured persons is being coordinated.

A team of investigators from both the AAIA and the Civil Aviation Authority of the Bahamas (CAA-B) have been dispatched to the scene. Additional details will be provided as they become available.