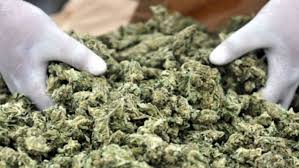 Police discovering a quantity of drugs on the island of Inagua.

Reports indicate that shortly before 11 o’ clock on Sunday morning, officers from the drug enforcement unit in Matthew Town Inagua, went to the government docking facility.

While there, the officer’s attention was drawn to a suspicious box. Efforts were made to locate the owner; however, they were unsuccessful.

An inspection of the box revealed a quantity of suspected marijuana. No arrest was made during this incident and investigations continue.