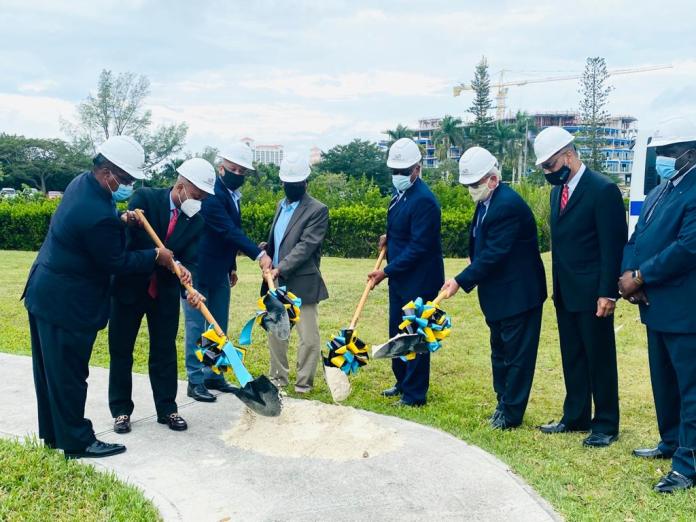 “The vision for renewable energy in The Bahamas is clear,” said the Prime Minister. “It is to deliver world class renewable energy technology, at an affordable rate, to meet the needs of a developing 21st Century Bahamas.” The Grand Bahama-based company, B and H Construction, has been given the contract to install the solar car park at OPM. The Prime Minister noted that while The Bahamas contributes very little to the emission of greenhouse gases, which fuels climate change, it is extremely vulnerable to its effects.

“Today, in a world where access to climate financing is increasingly rare, The Bahamas is showing the world that even the smallest of countries can make a big difference,” said Prime Minister Minnis. The Prime Minister pointed out that because of the tremendous physical infrastructure owned and operated by the Government, the transition of government facilities to renewable energy is vital and will play a leading role in the country’s transformation to renewable energy.

Last month, the Ministry of the Environment and Housing reopened the Request for Qualifications for the installation of roof mounted solar panels at the TG Glover Primary School, with battery storage. Once completed, the school will be able to function as a full hurricane shelter with available electricity during power outages.