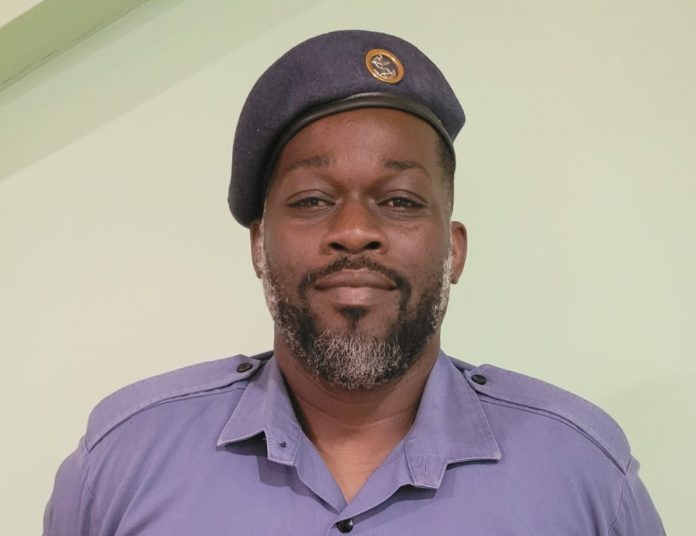 The Royal Bahamas Defence Force Reserves continue to make valuable contributions to the organization, and we highlight some members of this unit. Jamal Chisholm is towering high as an air traffic controller at the Civil Aviation Dept at Sir. Lynden Pindling Airport. His responsibilities include monitoring and directing the movement of aircraft on the ground and in the air. Therefore, you can sit back and relax, as Air Traffic Controller Chisholm prepares you for departure. When preparation and timing collide, it is called opportunity. Chisholm’s opportunity as an air traffic controller began when he first enlisted into the Royal Bahamas Defence Force in 1995 as a member of New Entry 30. In 1999, he was selected to participate in an accelerated Air Traffic Controller Training and shortly afterwards, was seconded to the Civil Aviation Department, where he was officially integrated in 2003 after completing his Aerodrome Certification.

After moving on from the Defence Force, he still had that feeling of intense longing and desire to serve his country as military personnel. He knew the military to be a respected organization worldwide, but most of all, he loved being a marine. “It is what the military stands for that always draws me in. Therefore, when the opportunity to join the reserve presented itself, I was excited to apply. Some may say I’m crazy to work in two demanding fields that can leave an individual emotionally, mentally, psychologically, and physically draining. Nevertheless, I like the adrenaline rush that I get from both careers. Additionally, I find that working on the Defence Force has prepared me for my role as AirTraffic Controller. In the military, I’ve learned how to keep my composure even in a storm. My ability to resolve issues and give clear and decisive instructions comes from my training as a Defence Force Marine.”

Chisholm knows that once a marine, always a marine. Since joining the Aviation Department, he remembers the training that he received as a marine. His punctuality, dress and behavior, and respect for himself and others are the few things that are noted by his superiors. The military part of him oftentimes comes out while he works at the airport, and his colleagues would jokingly say, “You think you still on the force aye!”

Chisholm finds the evening shift at the Royal Bahamas Defence Force Air Wing Department beneficial to his schedule as an Air Traffic Controller. As a reservist, he performs the same duties as those of the regular force during his evening shift/watch. However, he’s not permitted to serve overseas or on vessels due to his job as an Air Traffic Controller, which also has a shift
system. Being a part of the regular force and now a member of the reserve, he finds that there are benefits of serving in both areas. However, there are some differences; On the regular force, an individual has the opportunity to visit the islands of the Bahamas at no cost, and also travel to other countries to participate in local and international training. There is also the opportunity to go on detachments, deployments, and hurricane avoidance exercises. Most importantly, there is a comradery that is built through interaction through various RBDF functions, such as sporting events, and parades.

As an active member of the reserve, Chisolm sees the benefits of serving in this unit, namely, the flexible working hours. This system enables an individual to set their schedule based on their availability. In the reserve, one can learn a new skill or refine their skills, and the Defence Force is a place where one to learn an array of skills. If an individual is seeking to grow, develop or use their skills for nation-building, Chisolm says: “Seize the moment to serve, seize the moment to build self-accreditation.”

Jamal Chisholm is honored to be a member of the Royal Bahamas Defence Force Air Wing Department. After being selected to participate in air traffic controller training, he is now giving back to the organization which enabled him to work in the field. As a senior Air Traffic Controller, he gives his advice to the Defence Force, when asked. During an incident when the Defence Force Aircraft had to travel long distances overseas, he was asked to give his advice as to the safest and shortest route. He gladly gave his advice. As an Air Traffic Controller and a Marine, he understands military protocols, which establishes differences between military aircraft and commercial or private air crafts. While a military plane may not be required to submit to file a flight plan, a commercial plane cannot get clearance to take off until it has presented their flight plan. Chisolm is grateful to be of service to both entities.

“As a member of the Air Wing Department, I see this unit in the next twenty (20) as a well-oiled mechanical unit with a cadre of young men and women pilots who are eager to embrace the air ways. I think the most important thing is having the resources to keep the men busy.

Once this is realized, the unit will continue to achieve the overall mandate of the force in protecting the sovereignty of the Bahamas.”