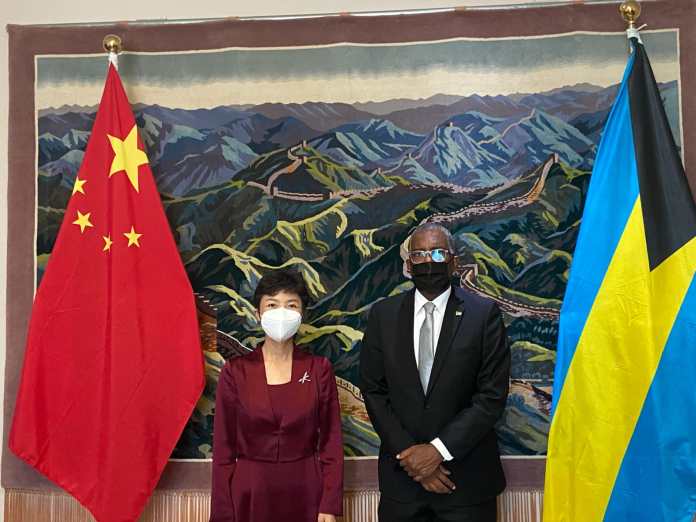 Following the event, Ambassador Dai invited Minister Mitchell to a brief first encounter during which matters of mutual bilateral interest were discussed, focusing on the donations to fight against the COVID-19 pandemic, other offers of technical co-operation, and the continuation of good relations in the multilateral arena. Minister Mitchell expressed sincere appreciation to the People’s Republic of China, extended best wishes on its National Day and looked forward to working with the Chinese Embassy.