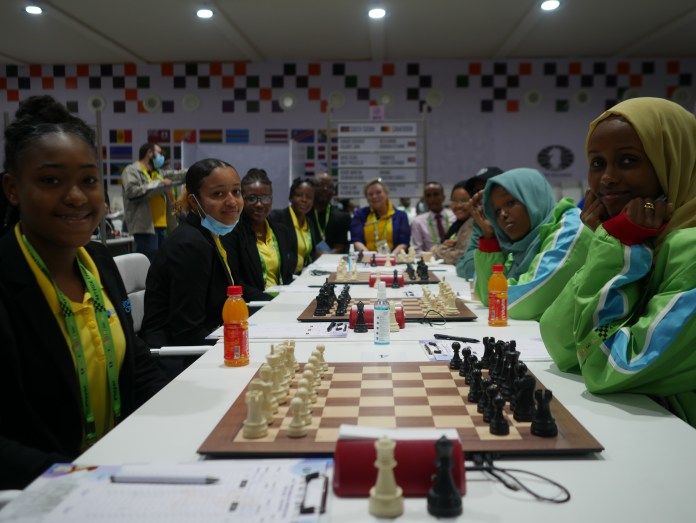 Team Bahamas departs Chennai, India to head home after a successful 2022 FIDE Olympiad. Round 9 was a tough one for the female team as all members lost to the Trinidad team.

The Open Team competed against Cape Verde in Round 9, CM Kendrick Knowles and Dr. Kenville Lockhart won their games gaining the team two (2) points. The Female Team was pitted against Kuwait in Round 10. In Round 10 the Female Team rebounded slightly with Chika Pride winning a game and Jayla Cargill securing a draw. Noah Albury got a draw in Round 10, the Open Team played against Bahrain.

In Round 11 The Bahamas Open Team faced Mali. FM Cecil Moncur and WCM Polina Karelina both picked up draws. Noah Albury secured the only win for the Open Team in Round 11. The Female Team played their final round of the Olympiad against Timor-Leste. Nelissa Thomas, WCM Daijah Johnson and Jayla Cargill won their last round games securing three (3) points for Team Bahamas. As a result the Female Team secured two (2) match points.