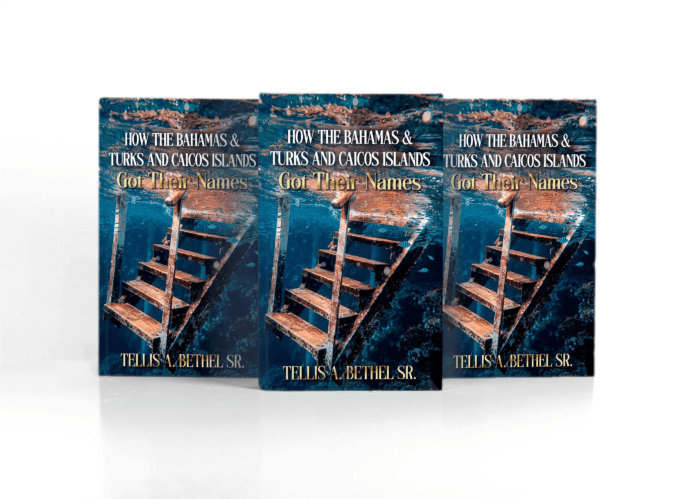 In the Bahamas, there is no shortage of locals debating how its surrounding islands received their names. This curiosity is shared by enthusiastic visitors who treat the area with so much affection as a world vacation hot spot. Fortunately, an authoritative voice has joined the conversation.

In the new first-of-its-kind book, Bahamian author and current head of The Bahamas Security Forces Inspectorate, Commodore (Retired) Tellis Bethel, has announced the release of How The Bahamas and Turks and Caicos Islands Got Their Names (Inspire Publishing 2022). This latest work by the former Commander of the Royal Bahamas Defence Force sets the record straight on this somewhat controversial subject, important not just to The Bahamas and its visitors but also a near-forgotten part of American history. The enthusiasm surrounding the book is high and rising.

“A key part of these island’s storied history is the interactions of the indigenous Lucayan people, Spanish treasure ships, rival European powers, the language of Spanish colonists, and infamous pirates that converged, often in a forceful clash, culminating in the names of the two countries today,” said Bethel.

In fact, The Bahamas (an independent country) and Turks and Caicos Islands (a British Overseas Territory) belong to the same chain of islands. The 700-mile long island chain comes as close as 90 miles to Miami, Florida, in the north and within the same distance of Haiti’s and Dominican Republic’s northern coasts in the south.

The names of The Bahamas and Turks and Caicos Islands are rooted in prehistoric events brought to the Old World of Europe’s attention after Columbus’ first landfall on an island in The Bahamas as his introduction to the Americas in 1492. He was met warmly by the non-violent local Lucayans. Sadly, like in the rest of the New World, genocide was quick to follow as Europeans spread their might into
the hemisphere.

That is just the start of the story which is developed by the skilled author and historian as he details a long list of remarkable events as the timeline of the islands is explored.

“Writing this was a pleasure and a challenge,” commented Bethel. “I know most who visit these islands by cruise ship, private yachts, or commercial aircraft are unaware of the profound story behind these names and how they helped shape the Americas’ history. As a companion book to a trilogy, it’s probably the book that travelers will ask for the most.”

How The Bahamas and Turks and Caicos Islands Got Their Names is a companion volume to Commodore Bethel’s trilogy The Lucayan Sea: A Case For Naming The Historic Waters of The Bahamas & The Turks and Caicos Islands. Two books in this three-book series have been published, The Lucayan Islands and The Lucayan Sea—Birthplace of The Americas. These books are available in Nassau at Logos Bookstore, Doongalik Studios, and Eleuthera at Office General, and The North Eleuthera Craft & Snack Place. The book is also available on Amazon in paperback and Kindle formats, with Bethel’s other work.