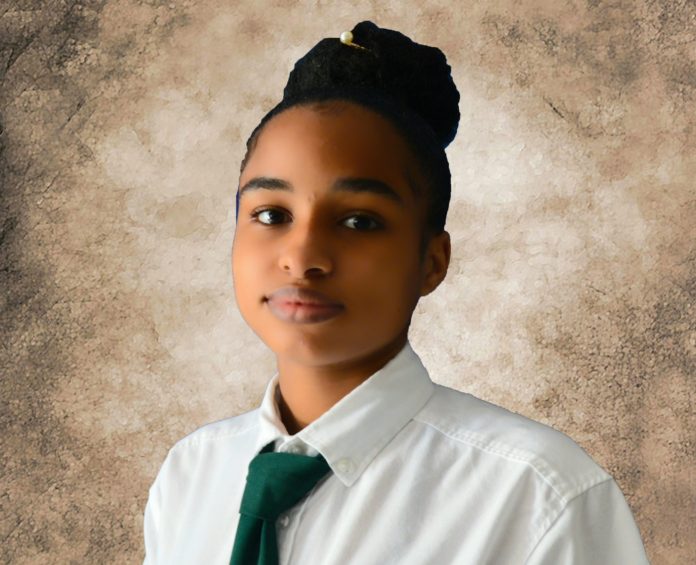 Jahzara Taylor a student at Central Eleuthera High School, has been recognised with the highest accolade a young person can achieve for social action or humanitarian efforts – The Diana Award.

Jahzara founded ‘Jahzara Cares’ in 2018, helping children aged 7 to 16 learn to read. Noticing that children were turning up to reading lessons hungry, Jahzara fundraised to purchase ingredients for healthy meals, given to the families of children she was supporting as well as elderly individuals in the community. Through the ‘Teacher Cadet Programme’, Jahzara spends up to four hours a week tutoring children for free and has organised several book drives. By giving her time to help others, Jahzara has learned you are ‘never too young to make a difference.

Her compassion and dedication have enabled young people to continue their education despite many obstacles Jahzara is an outstanding example in her community.

Jahzara is not just great in academics but a true humanitarian and school leader. She is both the president of Central Eleuthera High School Student Christian Movement and Ranger Guide, she is a member of the Rotary Club, Maritime Cadets, Ministry of Education Teacher Cadet Program, Junior Achievement, Power, Passion, Pursuit Girls Empowerment, Interact Club and GEMS Empowerment Group. Furthermore, she is an active member of the Revival Baptist Church and founder of the Jahzara Cares program. In all of this she is still able to be a part of the academic honor society at her school.

The Diana Award was established in memory of Diana, Princess of Wales. The Award is given out by the charity of the same name and has the support of both her sons, The Duke of Cambridge and The Duke of Sussex.

“We congratulate all our new Diana Award recipients from the UK and all over the globe who are changemakers for their generation. We know by receiving this honour they will inspire more young people to get involved in their communities and begin their own journey as active citizens. For over twenty years The Diana Award has valued and invested in young people encouraging them to continue to make positive change in their communities and lives of others,” said Tessy Ojo, CEO of The Diana Award.

“There are 12 Diana Award Judging Panels representing each UK region or nation and a further three panels representing countries outside of the UK. Each panel consist of three judges; one young person, an education or youth work professional, and a business or government representative. The panels have an important main purpose: to determine which nominations from each UK region/nation/country will receive The Diana Award.

Nominations are judged using the Criteria Guide and Scoring Guide which have been created to measure the quality of youth social action.”

“we are extremely proud of your hard work and dedication, Who would have imagined it? God did. From the small nation of the Bahamas with a population of 389,482, from the small island of Eleuthera, in the picturesque Town of Palmetto Point, our daughter will become a Diana Award winner, To God be all the glory, he will make you the head and not the tail! We love you!!!