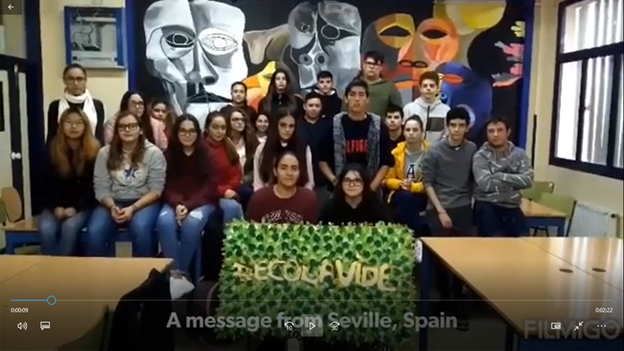 The Bahamas Reef Environment Educational Foundation (BREEF) is pleased to announce the disbursement of $6275.55 raised through a joint Children For Children Campaign with the Foundation For Environmental Education (FEE). The campaign was initiated in November 2019 in response to hurricane Dorian to support severely impacted Eco-Schools Bahamas students and teachers in Abaco and Grand Bahamas.

“Though born out of adversity, the Children for Children campaign united the global Eco-Schools network with the children of The Bahamas not only to show that they care but to lend their financial support to the ongoing recovery of children affected by Hurricane Dorian. We greatly appreciate the compassion of children around the world and their efforts to help children in The Bahamas recover from Hurricane Dorian, ” says Casuarina McKinney-Lambert, Executive Director of BREEF.

During the campaign, BREEF and FEE mobilized their global network of 70 countries and 19.5 million children to unite children from around the world to promote empathy for affected Bahamian children, raise awareness of Climate Change, provide education on disaster resilience, and organize support in cash for the replacement of educational resources and materials for the 12 affected Eco-Schools in
Abaco and Grand Bahama.

Students from an Eco-School in Spain and the Czech Republic made videos that were shared on the Young /reporters for the Environment (YRE) social media platforms. Students from the Escola da Colina Educação Infantil e Ensino Fundamental in Brazil made and sold handicrafts to raise money for the Children for Children Campaign. At Escola Básica e Secundária Dr. Serafim Leite in Portugal,
students designed pencils, pins and bracelets that were sold as part of the fundraising in a combined Children for Children campaign that raised money for schools in Angola and The Bahamas. And, during the 2020-21 school year, the Wilhelm Bracke Comprehensive School in Germany held virtual sponsored fun-runs to raise money for the campaign.

Cheques in the amount of $522.96 for each of the twelve Schools in BREEF’s Eco-Schools Bahamas programme were presented by Eco-Schools Bahamas Steering Committee members, Ms. Olethea Gardiner of Keep Grand Bahama Clean, and Ms. Lianna Burrows of Abacos’ Friends of the Environment on behalf of BREEF.

Accepting on behalf of Lucaya International School, head girl Amelia Baptista said, “ I’m overjoyed, we’re blessed to be here to accept this donation. I think it’s going to be an incredible bolster for the plans that I know we already have but have been a little hesitant to put in motion for fear of lack of support.”

Forest Heights Academy’s principal, Jim Richards said, “THANK YOU for your support of FHA and our rebuild post-Dorian and we are truly appreciative!” According to Olethea Gardiner, Co-Chair of Keep Grand Bahama Clean, “ We know that it’s been hard. We know that schools would have lost a lot of their environmental resources that they worked so hard for, especially schools that would have already gone so far within their action plans and now have to rebuild. Every little dollar helps. So, this is just a token from schools around the world.

”BREEF is the official representative for the Foundation for Environmental Education in The Bahamas and has been running the Eco-Schools Bahamas Programme since 2009, inspiring Bahamian students towards excellence in environmental stewardship by promoting actions for creating a more sustainable world.

BREEF is a non-governmental, nonprofit Bahamian foundation concerned with educating our people about the value of and need for conserving our marine environment.  BREEF promotes the conservation of the Bahamian marine environment that sustains our way of life.