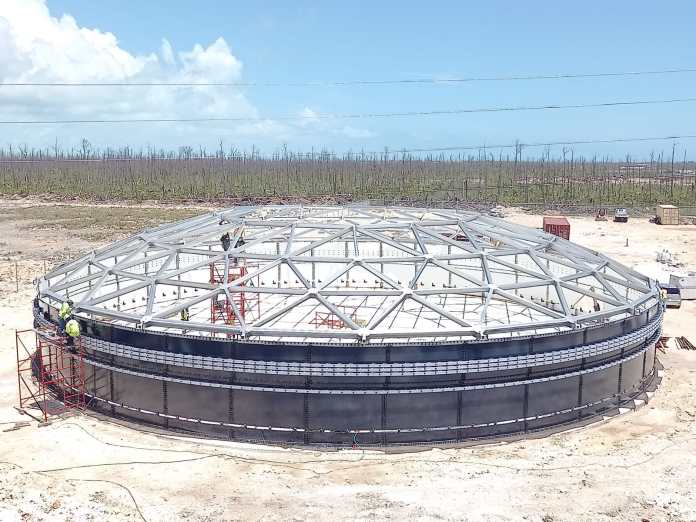 The Water and Sewerage Corporation (WSC) has made progress with construction of new storage tanks in Marsh Harbour and Treasure Cay, Abaco. A 1.5 million imperial gallon tank is being built in Marsh Harbour by WSC contractor Florida Aquastore. The dome structure at the Marsh Harbor site is near completion. The tank is projected to be completed and ready to fill by the second or third week of June. The Marsh Harbour tank had been severely damaged during Hurricane Dorian. A 750,000 imperial gallon tank is being built in Treasure Cay that is anticipated to be ready to fill by the first week of June. The Treasure Cay tank was completely destroyed by Hurricane Dorian. Both of the new tanks are three times the size of each of the damaged tanks that previously serviced these areas and the surrounding communities.