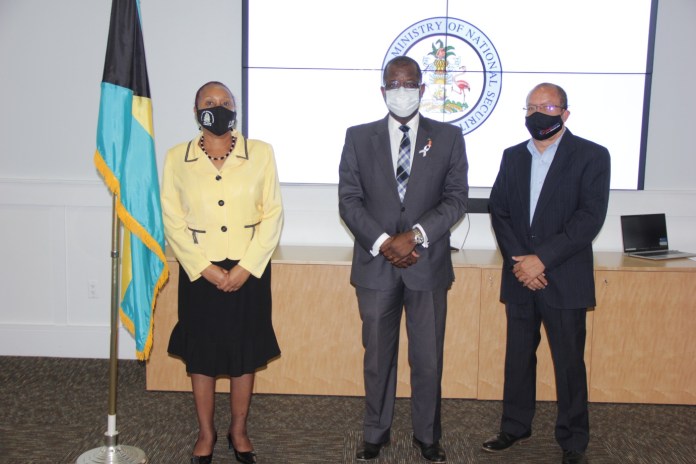 The purpose of this contract is for the design, development, and implementation of a data transport network to allow for the operation of Unmanned Aerial Submersible Vehicles (UASVs) andintegration with the Royal Bahamas Police Force’s Astro Digital Trunking System with two-way satellite communication capabilities throughout The Bahamas.

Signing the contract on behalf of The Bahamas Government was Mrs. Cecilia Strachan, Acting Permanent Secretary in the Ministry of National Security, and on behalf of Innovirta, the Chief Executive Officer, Mr. Glenroy Pratt.

At the end of the signing, Minister Munroe stated that he looked forward to the implementation of this new data transport system and the inherent benefits to law enforcement agencies nationwide.