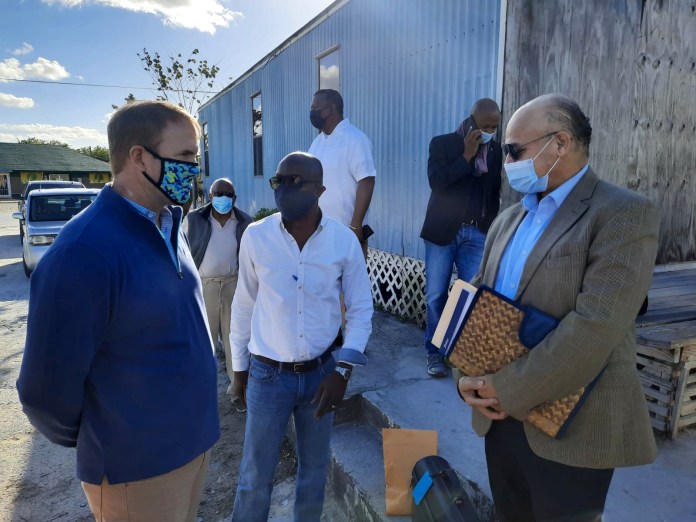 The House of Assembly Select Committee on Natural Resources made its first site visit this past week in North Andros. The Committee members making the trip were: Michael A. Foulkes, Chairman, Shonel Ferguson, Picewell Forbes, Vaughn Miller and Reece Chipman.

Accompanying the Committee members were Carlton Bowleg, MP for the area, and Rashad Flowers, Assistant Clerk, House of Assembly.

Upon arrival last Tuesday in North Andros, there was a brief welcome ceremony. The Committee held meetings for the remainder of the day and also on Wednesday up to 12 noon. Over the two days the Committee met with the North Andros Local Government
Council, which is headed by Mr. Darquin Scott, Chief Councillor. The Committee also met with representatives of the Morgan’s Bluff Development Group, including Mr. Hank Ferguson and Mr. Ted Baker, well-known Natural Resources Advocate Mr. Prescott Smith, and community leaders including Mr. Alphonso Smith and Mr. Larry Newton. We thank them for their assistance.

Mr. Prescott Smith took the Committee on a tour including the Barrier Reef, the Great Bahama Bank, the Tongue of the Ocean, Stafford Creek and Flats. A delightful highlight of the tour was when about 10 dolphins, including a baby dolphin, swam alongside the boat and jumped out of the water!

Finally, we want to thank the staff at Island Comfort Hotel for their wonderful hospitality over the three days. The Committee will continue its work this week in New Providence while also making plans for the next site visit, being Grand Bahama in February.