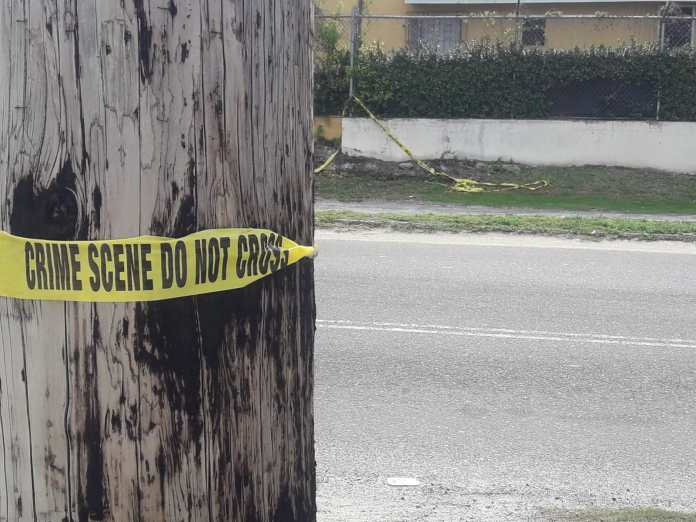 According to police, it was shortly after 9:00pm that officers from the Covid-19 Enforcement Unit noticed two vehicles exchanging gunfire at the intersection of Gladstone and Carmichael Roads.

“Other vehicles that were aware of the incident identified a vehicle fitting the description given by the first responding officers. A chase ensued along St. Vincent Road, which led officers onto Ballou Hill Road” ASP Peters explained.

“While on Baillou Hill Road, the occupant of the black vehicle discharged a firearm striking the patrolling unit and then sped onto Soldier Road where eventually that vehicle collided with a utility pole at the intersection of Old Trail Road and Soldier Road.

“As the culprit attempted to exit the vehicle he brandished a firearm and pointed it in the direction of the officers. The officers – being cognizant of the imminent threat to their lives – discharged their service weapons striking the subject. He was injured. EMS was called. He was taken to hospital where he is listed in stable condition.”