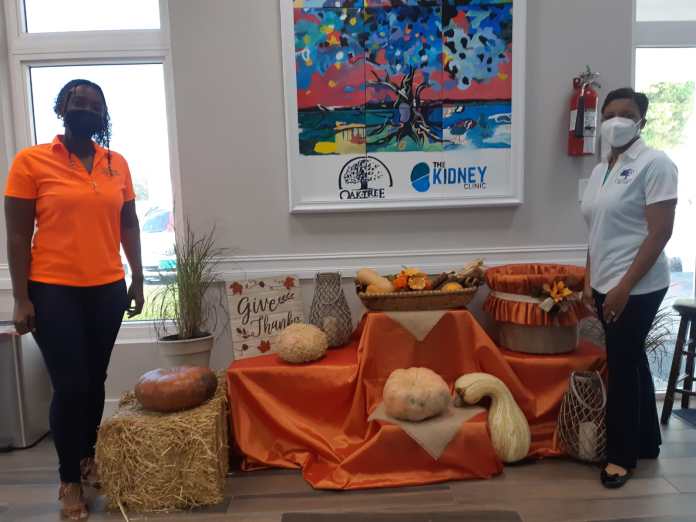 Nassau, The Bahamas – In a 2019, research study by Hands for Hunger (H4H), one in every three people in The Bahamas face some level of food insecurity. These startling statistics also reveal that some may have less than $4.00 a day to spend on food. With thousands of
Bahamians still adversely impacted by the economic downturn due to the COVID-19 pandemic, the need for food assistance remains dire.
“Canned food drives allow our community partners to see how big of a contribution their donation can actually make. People may think, ‘oh it’s just a few extra cans, what difference can it really make?’ but when you put it in a communal space, you can see how it adds to what someone else has given and it makes a big difference,” explained Hands for Hunger, Executive Director, Keisha Ellis.

“It is really through these can drives we can give extra special things to persons. To keep in budget at H4H, we do our best to provide the most nutritious foods possible, mainly the basic bread basket items. However, when a person is donating, they can donate their favourite foods for example, like a cereal that a child might like but can never afford to have. These small, thoughtful gestures can really make the difference in a young person’s life.”

As a strong philanthropic leader in the community, Oaktree Medical Center (OMC) is proudly partnering with local shipping company ShipX during the month of November to benefit Hands for Hunger with canned food drives at both facilities.

“At Oaktree Medical Center, we are not only focused on the health of our patients but we are very much involved in building the community,” explained Oaktree Medical Center, Director of Human Resources, Elizabeth Longley. “Our alliance again this year with ShipX
demonstrates that we are stronger together. As corporate neighbours, we teamed up to provide aid to those in need. We hope more businesses will do the same.”

ShipX Chief Operating Officer Jesselle Sands and the team eagerly joined forces with Oaktree for the second year to support the community.

“The entire team at ShipX loves the feeling we get when giving back. We always try to do small givebacks within communities, across social platforms and with our clients. We actually partnered with Oaktree last Christmas for a toy drive and were impressed with the
turnout so we did not hesitate to contact them again for another collaboration,” expressed Sands. “We feel that corporate collaborations for such causes have a vast effect within communities. We also believe that it is partly our duty to set this standard and encourage
more people to reach out and help those in need.”

OMC, ShipX, both company’s staff and the general public will be donating as many canned goods as possible during the next three weeks. Ellis expressed her gratitude for the generosity from corporate Bahamas.

“Oaktree has been a supporter of Hands for Hunger for a while and at the start of the pandemic, the OMC team really stepped up and provided contributions which allowed us to excel during the pandemic. We are also grateful for ShipX partnering with us on this initiative, I am confident we will receive strong support,” she said.

Upon the completion of the canned food drive, Oaktree Medical Center and ShipX staff will engage in a team building competition with H4H to package the donated items. Additionally, on November 26th, the medical facility pledged a $2,500 donation and ShipX will match for a total monetary gift of $5,000 in further aid Hands for Hunger. The general public is invited to make donations at Oaktree Medical Center and ShipX this month.