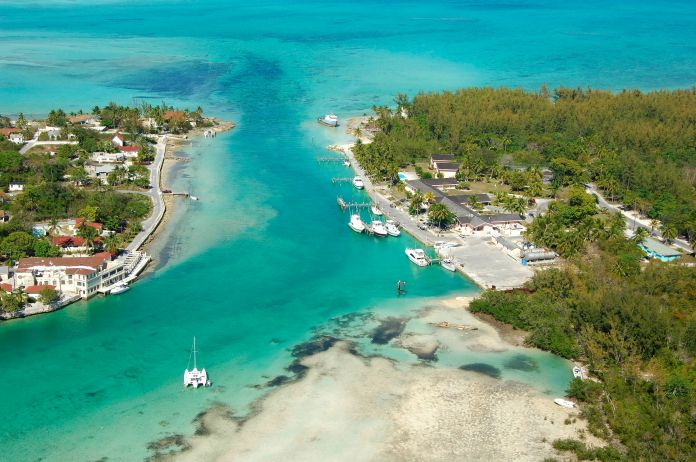 The Government, announced today that Lighthouse Yacht Club and Marina Ltd, a 100% Bahamian owned and controlled consortium of hotel and marina developers and investors, has purchased the historic Lighthouse Club and Marina in Fresh Creek, Andros expanding tourism, creating jobs and providing much needed economic prosperity for the people of Andros. Owned by the Hotel Corporation and being the last remaining property in the Governments hotel portfolio, Chairman of the Hotel Corporation, Michael R. Scott, Q.C. remarked how pleased he was that the sale of the Lighthouse was to an all-Bahamian company, who were investing in the future of the country.

“The Hotel Corporation went through a long and arduous approvals process and is delighted that Brian Hew’s dream has finally been realised. With his impeccable reputation as an internationally recognized resort developer and as a Bahamian, Mr. Hew is uniquely qualified to restore the Lighthouse to its former glory and see the development plan through to its completion,” he stated. “We congratulate Brian and his team on this great achievement. “

Lead by Mr. Brian Hew, Chairman of Coconut Bay Ltd, which owns and operates the award winning Kamalame Cay in The Bahamas and Mr. Dana Wells – 45 year veteran at Graham Thompson, renowned for his expertise in matters of land law, residential projects and hotel developments, they bring together more than 75 years’ experience in hotel and marina development, management and operations to the table and a commitment to the economic development and success of Andros.

Named for the 1800s lighthouse that marked the entrance to the Fresh Creek Channel, the property’s original marina and yacht club launched in 1952 and, over the next decade, drew sailboats and guests from Nassau and around the world. Abandoned in 1961, The Lighthouse Club would be reclaimed by the jungle, a thicket of banana trees shooting up through the pool.

Decades later, a small hotel of the same name would be erected on the site, though would never reclaim the property’s mid-century magic. In 2016 Hurricane Matthew destroyed what remained of the Club and Marina causing it to completely cease operations.

Scheduled to begin restoration in late 2021 and operations in 2022 – some 70 years after its original opening – the reimagined Lighthouse Yacht Club and Marina will employ some 70 to 100 employees during construction and 60 – 80 full time employees when fully operational. The area will be transformed into a full-service marina and mixed-use luxury resort and residential development.

Mr. Brian Hew, said “With the relaunch of this historic Yacht Club and Marina, my hope is that Fresh Creek, Andros will be once again be celebrated with a stylish hotel, and marina; one that builds on the history of the lighthouse and one that will revitalise this long-overlooked area of Andros, expanding tourism, creating jobs and providing economic prosperity for the people of Andros “ I have lived in Andros for more than thirty years and am pleased to re-invest in the Island and its people,” he continued.

Mr. Dana Wells went on to say, “Economic investment and development in the family islands of the Bahamas is essential to the future success of our country. I am proud that the Lighthouse Yacht Club and Marina will play an important role in the expansion of family island boutique hotel and marina projects not just in Andros but across the family islands”.

The development of boutique hotels in the Family Islands has been a strategic goal of this Government, leaning away from the large, resort type tourism development that require mass tourism volume for its success. Boutique resorts with a mixed-use component offer the low-density travel experience for repeat visitors who make life-long connections and become vested in the Island and its people. Minister of Tourism & Aviation, The Hon. Dionisio D’Aguilar said, “This is a great day for The Bahamas, for Andros and for the people of Fresh Creek. The relaunched Lighthouse Yacht Club and Marina will not only add another luxury boutique hotel and resort to the island but will be a driving force in the reestablishment of Andros as a yachting destination of choice for visitors coming and returning to The Bahamas.”

”Congratulations are also in order for Kamalame Cay having been named last week by Travel + Leisure Magazine (Meredith Corporation’s (NYSE: MDP) as the #1 Resort in The Caribbean, Bermuda and The Bahamas and #7 best Hotel in the World”