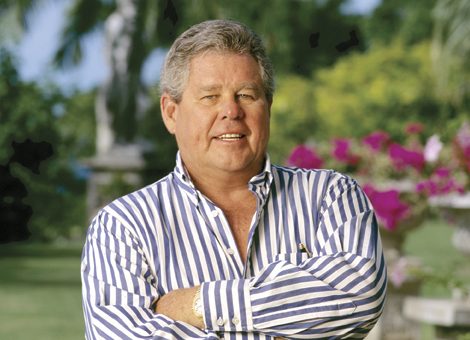 The death of the Hon. Gordon “Butch” Stewart, O.J., C.D., Hon. LLD, the founder and Chairman of Sandals Resorts, has saddened and shocked The Bahamas and the region, including those here at home who knew him well and admired him. As noted by his son Adam Stewart, announcing the death of his father: He “ … was a gifted entrepreneur. He was a marketing genius and talented showman, but those who knew him best recognized that he was a dreamer who could dream bigger and better than anyone.”

Jamaican by birth, he was a loyal son of the Caribbean, who delighted in the extraordinary potential and breathtaking beauty of the region. Butch Stewart’s dreams enveloped his Jamaican homeland and the wider Caribbean in which he also felt at home. He was a leading pioneer in tourism, whose all-inclusive resorts became an iconic global brand.

He competed successfully with other international brands. His commitment to the region was manifest in the economic impact of his properties throughout the region, including his resorts in the Bahamas at Sandals Royal Bahamian on New Providence and at Fowl Cay and Emerald Bay in the Exumas.

He was a great friend and lover of the Islands of The Bahamas and the Bahamian people. Butch Stewart was an intrepid innovator. He was the ultimate dreamcatcher who was happy to listen to the ideas of others and to change his mind when inspired or enthused by the dreams and ideas of others. At a time when the Bahamas was looking for investors to acquire government-owned hotels, he was the first in line, transforming the Balmoral into the Sandals Royal Bahamian Hotel. He significantly and immediately added to the number of rooms and employees of the resort and the reputation of the Bahamas. He was famously enthusiastic about the extraordinary potential of the Caribbean and often remarked about the still untapped potential of the Islands of The Bahamas. He moved a number of significant corporate functions of the brand to the Bahamas.

Butch Stewart was noted for his “legendary” philanthropy and noted corporate citizenship. I echo the sentiments of Jamaican Prime Minister the Most. Hon. Andrew Holness: “Butch was a man way ahead of his time, he had an eye for details and his ability to market and deliver world class service in any endeavor was tremendously distinctive. “He was an extraordinary human being with an unwavering commitment to the social good. He has left his unmistakable mark across the region and the world and we shall miss him dearly.”

He was also a schoolmate and remained a lifelong friend of hotelier and businessman George Myers, as well as to many others who enjoyed his friendship and camaraderie. On behalf of the Government and people of The Bahamas, and on my own behalf, and that of my wife, Patricia, I offer condolences to his family and friends, thousands of employees and associates at Sandals Resorts and to many others who will dearly miss him.