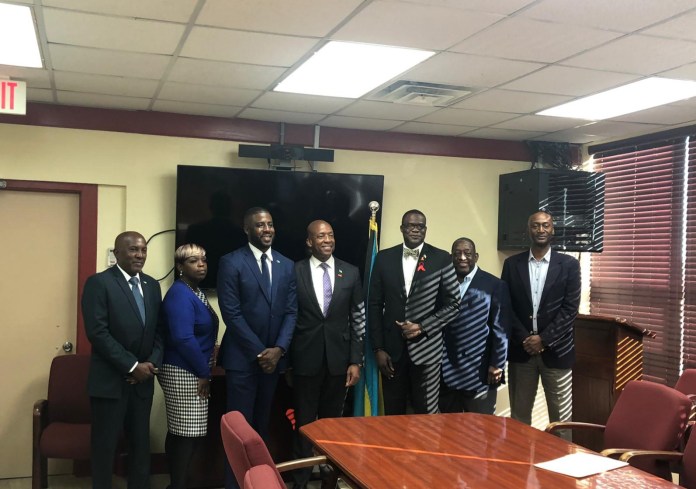 NASSAU, The Bahamas – The Hon. Alfred Sears Minister of Works and Utilities has announced the new board of The Bahamas Public Parks and Beaches.

Minister Sears said the board members were selected because of their judgment, expertise and the maturity they bring as a board to advance the country in this important area.

“What is expected of you has no correlation to the modest stipend; this is really an act of patriotism because the work you will do and the function of this agency and this Authority is so critical and so vast. Your budget will exceed the budget of some of the ministries of our country so that is the indication of the importance that Parliament put on this authority,” he said.

Mr. Bonaby said the board is ready to carry out the “monumental” task. He said the Authority is responsible for much more than cleaning of verges and roads.

“We are responsible for maintaining all beaches in New Providence, issuance of permits for billboards and signage, maintenance of public works, public parks, beautification of the island, street and beach vendors, seasonal vendors, vendors at Long Wharf, planting and removal of trees, designation of parks and bulk waste removal,” said Mr. Bonaby.