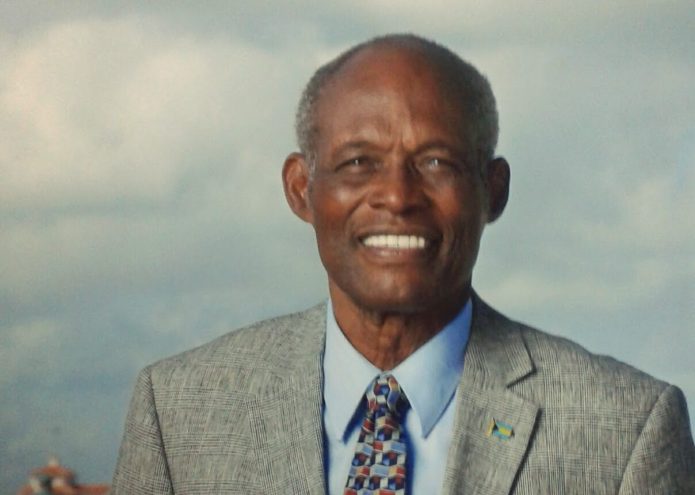 The body of the late Sir Edward Charles Carter, KCMG, will lie- in-state on Friday, May 28, 2021, in the foyer of the House of Assembly from 8:30 a.m. to 3:00 p.m. The general public are invited to view the body from 12 noon to 3:00 p.m. Following will be the flag presentation to the family and the Last Post. Sir Charles was born in Nassau on April 13, 1943 and received his early education at St. John’s College and later attended Rhodes School in New York. He also attended New York University, where he took a two-year course in business administration.

Later, Sir Charles studied broadcast management at Ryerson Polytechnical Institute in Toronto, Canada, and completed a one year certificate at the University of Manchester in England. In 1964, he joined the Broadcasting Corporation of The Bahamas where he had a distinguished career, beginning as a radio announcer, a position he held for seven years. In 1970, he was promoted to program director and directed a staff of 15 announcers. In 1976, he was elevated to the position of assistant General Manager and was responsible for setting up the television service. Two years later, he was appointed general manager of television, responsible for a staff of 70 employees and the national television of The Bahamas.

Sir Charles resigned his position with the Broadcasting Corporation of The Bahama in 1981, and entered the world of business. Sir Charles became a Member of the House of Assembly for the Holy Cross constituency after his victory in the 1982 elections. Sir Charles was appointed chairman of the board of the Broadcast Corporation, where he served in this position until August 1987. After successfully being elected in the 1987 general elections, he was appointed chairman of the Bahamas Electricity Corporation. He was then elected Deputy Speaker of the House of Assembly in September 1987 until his appointment as Minister of Foreign Affairs in January 1989.

He also served as Min. of Health beginning on October 1, 1990 where his portfolio included medical, nursing and health services; the Department of Health, the Department of Nursing Education, regulation of the manufacture of beverages; quality control, testing and certification of food processing and preservation industries, the Department of Environmental Health Services; garbage collection and disposal; and the cleaning, maintenance and beautification of roads, verges, parks and beaches. Sir Charles was the founder and CEO of Island FM where he hosted a number of programs including “These Are Bahamians”.

Sir Charles is survived by his wife Muriel Lady Carter and their two sons, Eddie and Mark, daughter-in-law Ludy Carter, two brothers, one sisters and a number of grand and great grandchildren.