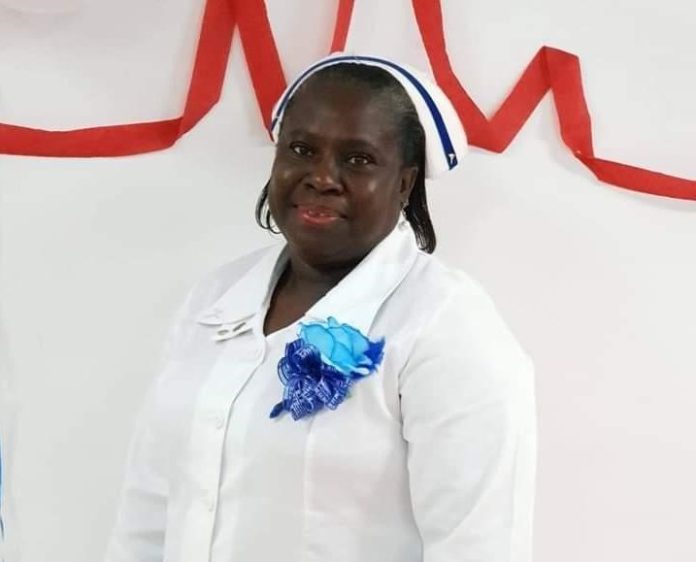 There are moments when Daphne Roxbury does not know how she got through it. Two weeks before Hurricane Dorian ravaged Grand Bahama and Abaco, the Registered Nurse who had helped so many others through pain and suffering learned the suspicious area that turned up on an MRI was what she most feared, breast cancer.

She had survived a major surgery for pre-ovarian cancer, diabetes, asthma, a resuscitation from Code 999, sleep apnea, the death of a brother she loved in a plane crash, and now she was diagnosed with cancer.

Days later, on the 1st of September, the worst hurricane in Bahamian history swept through islands of Abaco and Grand Bahama, hammering communities on both islands, including the settlement where Daphne’s extended family lived in High Rock on the shallow banks of eastern Grand Bahama. With howling winds of 185 mph, the deadly storm dumped torrential rains that lasted days on end, darkening skies that made day and night indistinguishable. The worst part was not the homes, businesses and infrastructure it destroyed, not even the hospital where Daphne worked. For her, it was the loss of loved ones. Hurricane Dorian whipped up a raging sea that swallowed Daphne Roxbury’s beloved brother, his wife and their 20-year-old daughter.

“He was the brother I couldn’t find,” she says, trying not to break down. “It was rough, it is rough,” she says, repeating herself as if by saying it aloud she can reach closure. “He was the only person I had told I had cancer. I knew he would stand by me and now he was gone.”

For two weeks, as Daphne prayed for a miracle that her brother’s family would be found alive, she had no idea if her daughter, who lived in Abaco, had survived. Communications were cut off. Once the minimal channels were restored, there was still no word for days.

At last, the call came. Her daughter, Kahesia Roxbury, 27 years old, a teacher, was found alive.

For Daphne Roxbury, one prayer was answered and then came another. While she was praying for family and others to recover from the storm, doctors were busy arranging treatment for her.

“It was like a huge weight came off my shoulders,” she says. “It was lovely from the beginning. Shenika Nesbitt made all the arrangements and made everything so smooth and easy.”

Daphne arrived at the Weston, Florida facility west of Fort Lauderdale on September 24 where she met with the medical oncologist, Dr. Thomas Samuel.  Following his assessment, she opted for a mastectomy rather than a lumpectomy. General surgeon, Dr. Cassann Blake and her team led the surgical procedure.  “There were two lumps and I did not want to take a chance,” explains Daphne, who has been in the medical field working as a nurse her entire adult life.

Following surgery, Dr. Samuel continued to coordinate Daphne’s post-surgery treatment with her physician back home. “We worked with her doctors in the Bahamas to help them administer the correct chemotherapy plan and, fortunately, Daphne is doing quite well today. We were very happy to have participated in her care and help her as she went through this very difficult time, compounded by natural disaster,” said Dr. Samuel.

“I have been a nurse for more than 20 years and I have never seen such professional work done. They provided quality care. It was excellent,” she said. Daphne stayed in Florida for two weeks, returning as instructed for wound care and consults to the facility that was ranked No. 1 in the Miami-Fort Lauderdale metro area for 2020-21 according to the annual ranking of Best Hospitals by U.S. News & World Report. This marks the third consecutive year Cleveland Clinic Florida has achieved this ranking.

“I can see why they have been recognized as the number one hospital in South Florida,” she says. “It was wonderful. They were perfect.”

Over the next six months, Kahesia, the daughter who had been missing for nearly two weeks, took unpaid leave from her teaching job in Abaco to be by her mother’s side in Grand Bahama. They traveled together as needed under the care of her partnering oncologists, Dr. Curling in Grand Bahama who coordinated with oncologist Dr. Samuel. Roxbury’s husband and her 39-year-old son along with other family members provided financial support.

On December 23, 2020, 16 months after the initial diagnosis, Daphne Roxbury was released and declared cancer-free.

Her daughter Kahesia was by her side as the medical staff gathered round to cheer when Daphne rang the bell and waved goodbye.