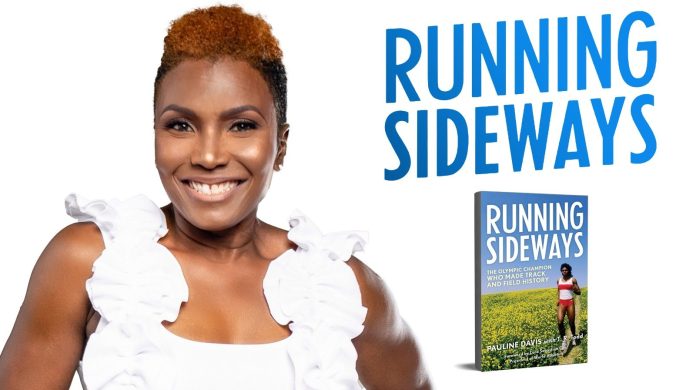 As we celebrate International Women’s Day, one of our most exceptional Bahamian women will be honoured on both the national and international stage.

Following the release of her much anticipated memoir, Running Sideways, Davis will be on hand at Goodman’s Bay today from 5pm until 8pm for her first official book signing. Bahamians from all walks of life are expected to attend this special celebration of excellence, including many other athletes from the track and field community.

“This book signing is for all Bahamians,” Davis says, who adds there will be special VIP tents, a stage and refreshments served.

“Goodman’s Bay was where it all started not just for me, but a whole generation of Bahamian coaches and athletes. These humble origins are important. It is a reminder of how far we have come. I want March 8 to be a celebration for our entire country and the incredible accomplishments we continue to produce on the world stage.”

A series of speeches and presentations are being planned to honour coaches and athletes, past and present. T.R. Todd, Davis’ ghost writer and former Business Editor of the Nassau Guardian, will also be on hand.

“I also want to thank my sponsor, Kiya.ai, because without them this event would not have been possible,” Davis adds.

One of the presentations will be a special message from Sebastian Coe, a former Olympic champion and President of World Athletics, the governing body of international track and field.

Today not only marks Davis’ first official book signing, but also the start of International Women’s Day, where the golden girl will take centerstage at World Athletics’ ongoing campaign to fight for equality in sport.

World Athletics, which represents 214 countries in the world of track and field, has launched a #BreakTheBais campaign to advocate for true equality for women in sport.

“Gender equality should no longer be a theoretical discussion in any organization,” said World Athletics President Sebastian Coe.

“We should all be taking action by identifying barriers, reviewing our policies and practice and creating clear pathways for women to rise, contribute and participate at all levels.”

Coe is expected to kick off the 2022 campaign today by announcing Davis as his role model. In an exclusive podcast with Coe, Davis will share her inspiring story, discuss her own personal struggles for equality and offer advice to the next generation of athletes.

Afterwards, people from around the world will invited to submit their own stories and role models using the hashtag #BreakTheBais. The final collection of stories will be turned into a book – 365 of them, for every day of the year – with Davis highlighted as Coe’s role model.

While Davis is perhaps best known for her exploits on the track – winning two golds at the 2000 Sydney Olympics in both the 200m, and then alongside the other golden girls in the 4 X 100m relay – she also distinguished herself in sports administration.

Years later, she would be elected as the first black woman to the prestigious World Athletics Council. Davis’ time on the council would be defined by her fight for gender equality, along with advocating fair play and assisting in new legislation to fight doping in sport.

At the end of her second term, she was then enshrined as a lifetime member of the council, becoming only the second woman at the time to receive this appointment.

“It is true honour to work with World Athletics on this important, noble campaign to bring true gender equality to our sport. I am very thankful to serve and do what I can to advance these ideals,” Davis adds. “In many ways, tomorrow’s book signing feels like my life has come full circle. And I cannot wait to see my fellow Bahamians and celebrate our success on the world stage.”

Copies of “Running Sideways: The Olympic Champion Who Made Track and Field History” will be available for purchase at Goodman’s Bay and can be signed by the author.

Books are also available at local shops in The Bahamas, or can be ordered through Amazon.