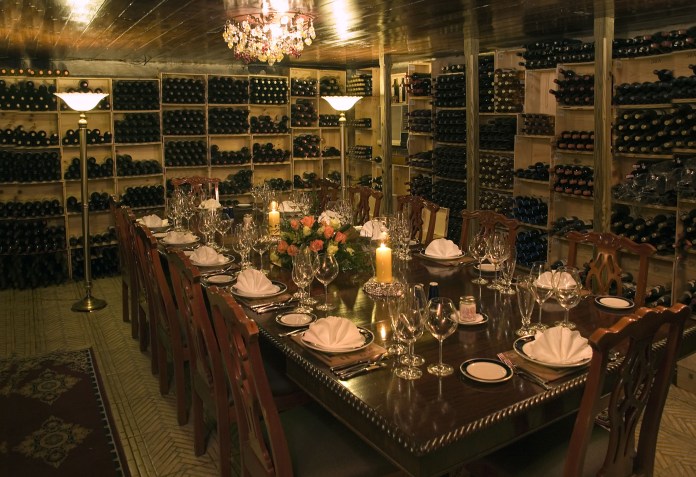 Graycliff Restaurant is one of the long-standing winners since 1988

NASSAU, BAHAMAS (June 30, 2021) – Graycliff Restaurant has been honoured for the 33rd consecutive year with the Grand Award in Wine Spectator’s 2021 Restaurant Awards – only 103 restaurants around the world have earned this distinction.  Graycliff Restaurant received its first Wine Spectator accolade, the Best of Award of Excellence, in 1986, and in 1988 was the first restaurant outside of the USA to receive the coveted Grand Award.

“This is our 33rd anniversary receiving the Grand Award and it’s very gratifying to earn this distinction for a true passion which I share with our talented sommeliers,” says Graycliff Hotel & Restaurant CEO Enrico Garzaroli.

“I want our guests to have the unique Graycliff experience of exploring our wine selection with our sommeliers ready to assist, and then exceed their expectations whether they’re looking for a hard-to-find treasure or a delicious choice to accompany their meal.”

This year marks the 40th anniversary of Wine Spectator‘s Restaurant Awards program, which began in 1981 when the magazine honoured 13 restaurants with Grand Awards based on their extraordinary wine lists. This elite group comprises the world’s best wine programs, which deliver serious breadth of top producers, outstanding depth in mature vintages, a selection of large-format bottles, excellent harmony with the menu and superior presentation.

Each year more than 30,000 restaurants apply. Wine Spectator carefully assesses each Grand Award candidate, including rigorous independent, on-site inspections of the wine program, cellar, service, ambiance and cuisine of the restaurant. The distinguished list of 2021 winners is now on the magazine’s website and will be officially revealed in Wine Spectator’s August issue.

The first Five-Star restaurant in the Caribbean, Graycliff Restaurant offers exceptional service and gourmet dining at its best mixing Bahamian specialties with European cuisine. Its renowned Wine Cellar is home to over 275,000 bottles with over 6500 selections from 20 countries, acquired over decades by owner and CEO, Enrico Garzaroli. He seeks out high-quality wines and carefully adds to his collection, which is among the largest private collections in the world.

For additional information and to make a reservation, call 242-302-9150 or visit www.graycliff.com.