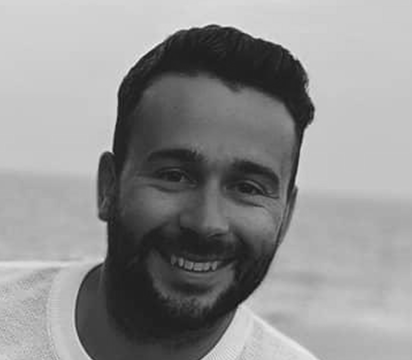 Even reef sharks think it’s better in The Bahamas. That’s the key finding of data compiled by a group of local and international marine scientists after tagging and following 950 reef sharks over a period of 12 years, across six primary study locations in The Bahamas, from Grand Bahama to Eleuthera and The Exumas. While sharks remaining close to home may sound like a good thing for avoiding commercial fisheries exploitation off North America, the long-term dataset revealed new insights into the limited migration and stunted growth of the species.

“Analyzing data from over 950 individual sharks, our results indicate that the Caribbean reef shark may have slower growth rates than previously estimated, underscoring the regional sensitivity of this species,” says Dr. Oliver Shipley, a world-leader in using chemical tracers and movement to understand the role large predators play in connecting marine ecosystems. Shipley has been conducting research in The Bahamas for nearly a decade, initially obtaining his training at the Cape Eleuthera Institute.

“The research showed no evidence of seasonal migration throughout the islands,” said Shipley, whorecently signed on as a Senior Research Scientist with the leading marine NGO, Beneath the Waves.

“It is important, however, to reinforce that this species’ populations are actually stable and relatively healthy in The Bahamas, who proactively protected these sharks over a decade ago,” he added.

“Because of the stable native population here, we are able to make predictions for other areas where the species is also found.”

Indeed, the findings may be a bellwether for other locations where this keystone species – critical for maintaining healthy populations of small reef fishes – is not protected. The results of this study also highlight the value of long-term research activities.

“Preserving The Bahamas’ status as a shark sanctuary is critical as Caribbean reef shark populations elsewhere in the Americas continue to decline with active exploitation especially South America,”

Shipley noted. The findings support large no-take zones in the effort to preserve the vulnerable species given continued exploitation for meat and incidental bycatch. Publication of the study in March coincided with Beneath the Waves’ announcement of Shipley’s joining
the organization full-time.

“Dr. Shipley is highly respected, and knows so much about this ecosystem,” said Beneath the Waves CEO and chief scientist Dr. Austin Gallagher. “Together, we have explored many areas of the Atlantic Ocean and Caribbean Sea, and we have done a lot of great science in The Bahamas. To have him join us full- time now as we work to use science to mitigate the effects of climate change and restore native populations of species, will be a great benefit to our ongoing programs and ambitious goals for impact in The Commonwealth and beyond, particularly as we see a growing importance placed on marine science globally.”

Shipley is known for his keen interest in the movement, foraging and nutritional ecology of marine predators. “His approach to conservation is also diverse,” said Dr. Gallagher, who also praised his focus on getting youth and students involved in the research.

“The work of Beneath the Waves is contributing to a deeper understanding of marine biology so that we can collaboratively – and authentically – work with national decision makers to advance strategies needed to keep our coasts resilient to change and restore our oceans to abundance”” said Shipley “This is all possible in the years ahead, and it is very exciting for me to be part of this team that one week is in Exuma in The Bahamas affording school children the opportunity to observe and participate in shark tagging, and the next is in the Red Sea exploring fundamental aspects of the deep ocean. I always like to answer people who say ‘Why do you do this? Why do you risk going down so deep or tagging a live shark?’ To me, that the answer is simple: the planet is 70% water, this is an ocean planet, and the
secrets it holds are powerful and inspiring.”

The study, Estimated lifehistory traits and movements of the Caribbean reef shark (Carcharhinus perezi) in The Bahamas based on tagrecapture data, is a collaborative effort that included data from Beneath the Waves, Cape Eleuthera Institute, Saving the Blue, Centre for Ocean Research and Education, and Bimini Biological Field Station Foundation along with several academic institutions. Beneath the Waves acknowledged the participation and assistance of local businesses such as Stuart Cove’s, Dive Exuma, Bahamas Dive Guides, and Grand Isle Resort and Residences.