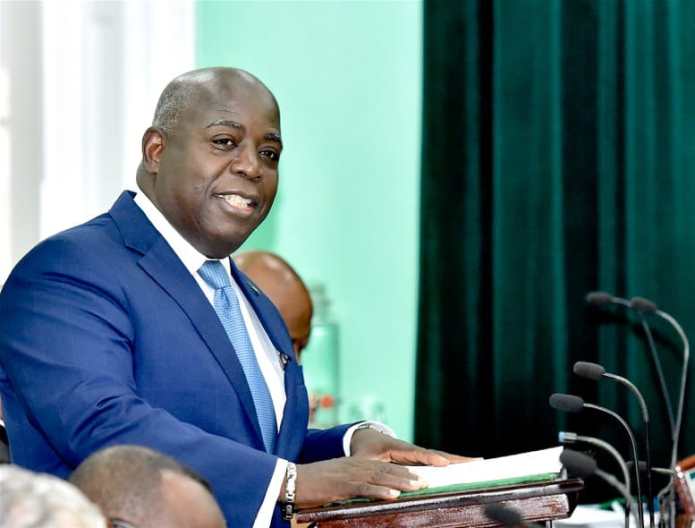 While highlighting new benefits and opportunities in the 2022/2023 Budget, Prime Minister and Minister of Finance the Hon. Philip Davis said coming out of the pandemic, one of the glaring critical national needs, which could no longer be ignored, was the need to enhance the level of individual and national healthcare provided.

“I am extremely pleased to be able to announce that we have allocated $10 million for catastrophic health care in this budget,” Prime Minister Davis said, during his Communication in the House of Assembly, on May 25, 2022. “This means that, for the first time, the government can provide meaningful assistance to long-term dialysis patients, heart patients and others facing serious medical issues.”

“We have also provided funding to capitalize the Grand Bahama Health Centre Development Company, the entity which will construct the Grand Bahama Hospital,” he added. “This is being facilitated through a loan for $150 million, which is now being finalized.”

Prime Minister Davis said, subject to agreement with the various unions, his government had also provided funding to increase the salary of teachers, and to pay a retention bonus to teachers and nurses.

He noted that in his government’s ‘Blueprint for Change,’ it detailed a number of initiatives that will expand opportunities for Bahamians, especially in the Orange, Green and Blue Economies. Prime Minister Davis pointed out that The Bahamas’ athletes had contributed so
much to The Bahamas, with their successes inspiring student-athletes at home and promoting the country on the international stage.

“Recognizing this, we have restored the funding to the Elite Athletes Programme as part of our effort to enhance support for our athletes and sporting programs,” he said. “We have also included a $1 million allocation to facilitate the hosting of CARIFTA, funding for our bid to again host the World Relay Games, funding to support the return of the Bahamas Games, and a 10 percent increase in grants for the Ministry of Youth Sports and Culture.”

“We have increased the allocation to Urban Renewal by an additional $500 thousand,” Prime Minister Davis added. “This will allow for expanded reach into inner city communities, through more meaningful educational and community programmes, including its world-renowned marching band.

“We have provided adequate funding for the activities surrounding the 50th Anniversary of our independence.”

Prime Minister Davis said, for many years The Bahamas’s creative communities had emphasized the need for a national School for the Creative and Performing Arts.

“This coming year, we are taking active steps to make this vision a reality, and in the coming months will be making more specific announcements in this regard,” he said.

While speaking about security, Prime Minister Davis said to make Bahamian communities safer, his government is also investing in its efforts to combat crime by investing in the construction of a new prison complex, using a Public Private Partnership vehicle.

“We are also allocating $6 million in funding for the purchase of new vessels for the Royal Bahamas Defence Force,” he said. “We have also increased our capital allocation for the RBPF to allow them to purchase the necessary crime fighting tools.”

Turning to wider issues of security, Prime Minister Davis said that his government had increased the funding related to food security and increased its direct support to farmers, because “growing a greater share of our own food will dampen the impact of inflation and provides economic benefits and opportunities.”

“A significant component of this support will be provided through a re-focused Bahamas Development Bank and Small Business Development Agency,” he said. “These agencies will work with the Ministry of Agriculture and Marine Resources in providing that support.”
Prime Minister Davis noted that his government had allocated 10 percent of overall revenue collected in the Family Islands from property tax and road traffic fees, to the creation of a Family Island Development Trust Fund in the amount of $200 million.

“This fund will facilitate the government in making immediate and significant investment in Family Island infrastructure,” he said. “This fund would be a sub- fund of the National Infrastructure Fund.”

Prime Minister Davis noted that his government also proposed to leverage the aviation-related revenue to create a fund for aviation infrastructure, which would be another sub-fund of the National Infrastructure Fund. This, he said, combined with the Family Island Development Trust, will accelerate the reconstruction of Family Island airports.

“It is important to note, however, that this does not mean that we will exclude Family Island projects from future capital budgets of the Ministry of Public Works,” he added.

“Far from it. It just means that the Family Islands will have their own dedicated fund to ensure that they keep pace with national development.”