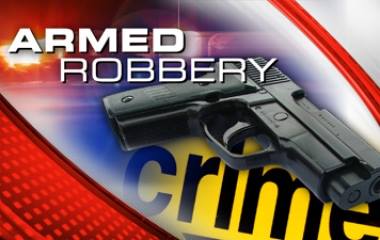 An armed robbery suspect is on the loose.

Sometime around three o’clock Thursday afternoon, officers headed to an attempted armed robbery at a business on Rosetta Street, Palmdale.

When they got there, the officers learned that a lone gunman had entered the store and accosted two security officers.

After a struggle, one of the officers was reportedly shot in the right hand, that’s when police say the suspect fled the scene heading west.

The injured officer is in hospital in stable condition and an intense investigation is underway.