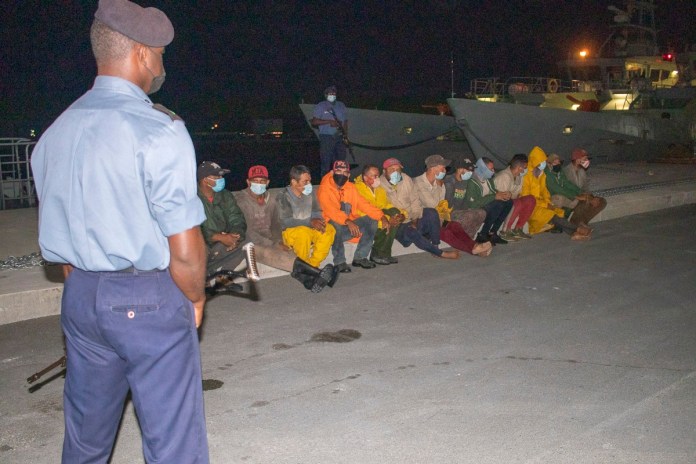 A group of Cuban nationals are now in the hands of Bahamian authorities after being apprehended in the northwestern Bahamas on Saturday.

Marines on the HMBS Durward Knowles spotted and intercepted a 20-foot wooden skiff approximately 16 miles off Guinchos Cay sometime before 3am Saturday with the Cubans onboard.

The migrants boarded the Defense Force craft and was brought into the capital early Sunday morning, where they were later handed over to the relevant authorities.

The Cuban embassy has been notified.

This marks the Defense Force’s fifth apprehension of Cuban nationals in Bahamian waters in recent months.