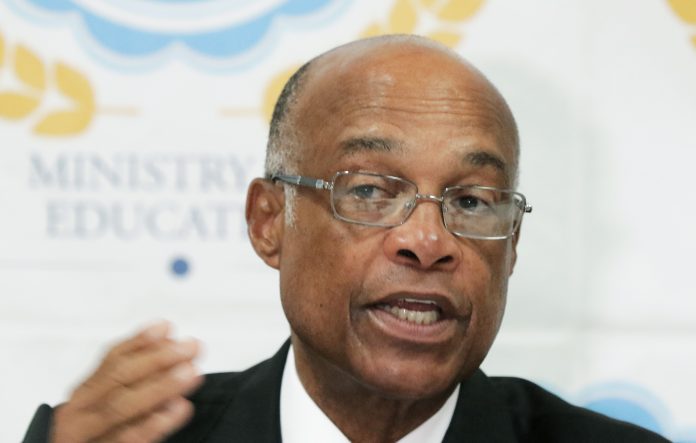 Around ten to 15 percent of the estimated 46 thousand students under the public education system, account for truancy figures, with many others likely working in physical isolation from the comfort of their homes.

Internationally, there has been a growing concern of students using the internet for non-school related content; and according to Minister of Education the Hon. Jeffery Lloyd, The Bahamas’ learning management system comes equipped with protective tools, but there are limitations.

“Except for those devices which say, have been given to those students on the lunch program and so on, it is almost impossible for us to restrict those students from going on to another site.

Minister Lloyd says, for virtual learning teachers require students to be visible through their cameras while in class.

Several corporate telecommunication companies have proposed some remedies to this challenge on a national level.

Minister Lloyd explains that the most promising partnership to remedying this issue has been with telecommunications provider, Aliv, which provides a way of tracking student online movements apart from worked-in protective protocols.

“That comes with your user name, being able to log on, then you have certain levels of security that that you cannot go past, you can’t do anything to change your grade change your information, once that’s in the system.

“That is only relegated to certain levels of security. We have an arrangement with Aliv now where they can tell us when those students are diverting on those sites; and they are working with a program now for those tablets which we have provided to those students to prevent that,” Minister Lloyd said.