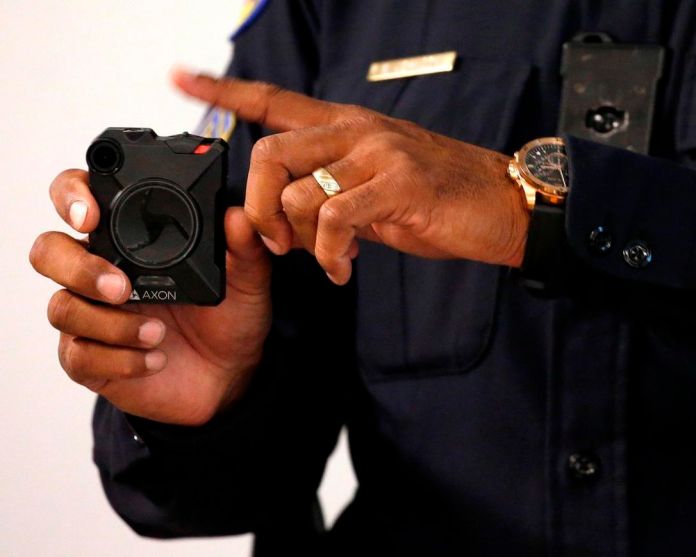 Minister of National Security the Hon. Wayne Munroe says he has seen bodycam footage of of Monday’s police involved shooting that claimed the life of a Defence Force Marine and its confirmed police’s account of what occurred; he says it will not be made public outside of Coroner’s Court.

Munroe appealed to members of the public that if they have footage of that or any other incident turn them over to police to be used as objective evidence.

“I want to be quite clear to people. The same people who jump to the conclusions and the reason I take great offense to it is that we fight very hard to vindicate a presumption of innosence for people charged with crimes. Yet, we seem to be hell-bent on not having that same presumption when it comes to law enforcement officers, who are on the face of it discharging their duties. To me, that is bizzare. Now, after a law enforcement officer is discharged his duty or preported to do so, if he does so wrongly, the public has had demonstrated to it, that the officers end up charged with homicide. There was a shooting in Exuma, where the officer ended up charged with homicide.” he said.

Police reported on Monday that shortly after 4:00 a.m. officers responded to complaints of a suspicious vehicle parked in a vacant lot on Dunmore Avenue, Chippingham.

When officers arrived, police say they found a male inside the vehicle and ordered him out. and he proceeded to attack when he was fatally shot.

Asked why footage would not be made public considering public distrust, he had this response.

“Which public distrusts the police? The ones that call them when something happens to them? What percentage of the public distrusts the police? When you release footage it feeds the people who are prejudice, because you will see it. You have seen police officers charged with unjustified killings. If you still don’t have faith in the police, releasing body cam footage will not give you faith in the police, because if the chap being charged in Exuma for manslaughter didn’t give you confidence in the police resolving matters, I don’t know what will.” Munroe said.