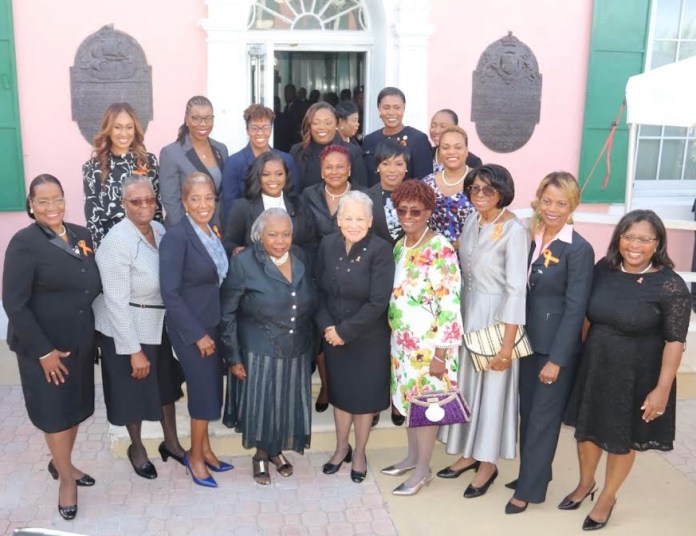 As part of the Orange the World Campaign, members of the Zonta Club pinned past and present Parliamentarians and others with orange ribbons.

Each year, members of Zonta participate in a global campaign to end gender-based violence. The Orange the World Campaign is meant to be highly visible and invoke thought and action towards improving human relations and making the world a better place. The Orange the World campaign coincides with the “16 Days of Activism to End Violence Against Women and Girls” which begins on November 25 and ends on December 10. November 25 is the International Day for the Elimination of Violence against Women, and December 10 is International Human Rights Day.