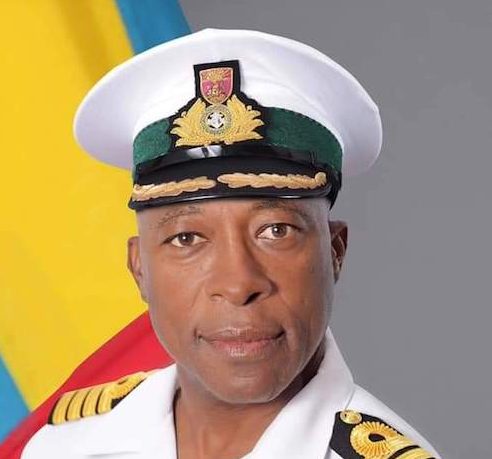 The Royal Bahamas Defence Force congratulates Captain Whitfield Neely, who was bestowed with the honor as a Member of the
Most Excellent Order of the British Empire by Her Majesty Queen Elizabeth, during the Queens New Year’s honours. A member of the RBDF’s Entry 5 squad, Captain Neely was one of fifteen survivors of the ill-fated HMBS FLAMINGO, which was bombed and sunk by Cuban MIG jets on May 10, 1980.