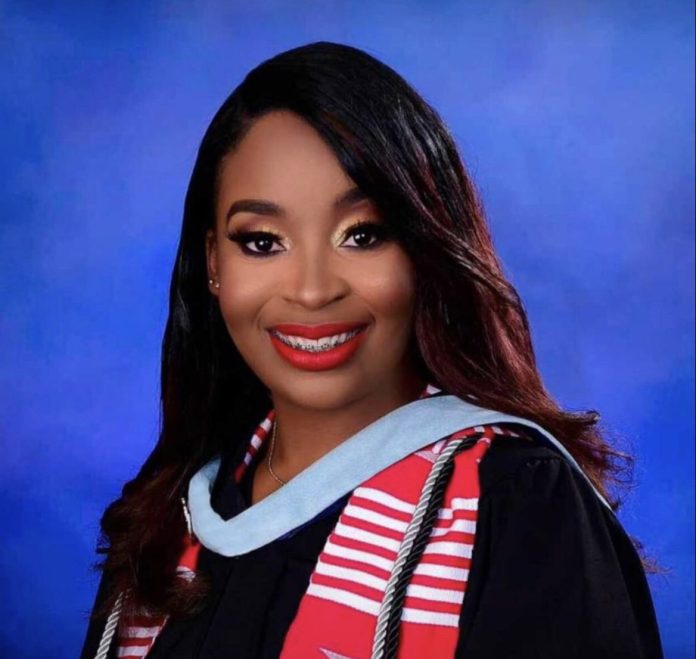 The Ministry of Tourism, Investments & Aviation (MOTIA) is saddened by the passing of 2014 Junior Minister Taliah A. Cooper, the first Family Island student to hold the title of Junior Minister of Tourism for The Bahamas. Cooper passed away on 18 August and was laid to rest in Rock Sound, Eleuthera, this past Saturday, 10 September 2022.

Cooper was born in picturesque Rock Sound, Eleuthera and attended Preston H. Albury High School. In 2014 after becoming the Junior Minister of Tourism, she proudly represented the Islands of The Bahamas at the Caribbean Tourism Organization’s Youth Congress for that year held in St. Thomas, USVI.

In her role as Junior Minister of Tourism, Cooper promoted the importance of education and its impact for the development of future generations. Moreover, she collaborated with the Ministry both locally and globally, on various initiatives and projects throughout 2014-2015.

Cooper’s ambassadorship and passion for tourism transcended her stint as Junior Minister, as evidenced by her continued active involvement in the flagship ambassador programme. She assisted with the administration of the Junior Minister of Tourism Programme and selection of new Junior Ministers between 2015 – 2020.

Cooper was described by her close colleagues as a gifted writer and communicator, and one who was always optimistic, charismatic, vivacious, determined and a role model for all.

She was also described as the personification of grace in the face of a disabling illness. “As her mentor, Taliah taught me to persevere no matter what the situation or circumstance was, and to make each moment memorable. Her tenacity, uplifting personality, kind and nurturing spirit were an inspiration to many,” said Samantha Cartwright, Manager of Schools Unit (MOTIA) and Coordinator, Ministry’s Junior Minister of Tourism Programme.

She added “I am comforted by 1 Timothy 4:12 ESV – Let no one despise you for your youth, but set the believers an example in speech, conduct, love, faith and purity. These words speak to the essence of our fallen 2014 Junior Minister of Tourism.” The Ministry of Tourism, Investments & Aviation extends heartfelt condolences to Cooper’s family, friends and loved ones. May her soul rest in peace.