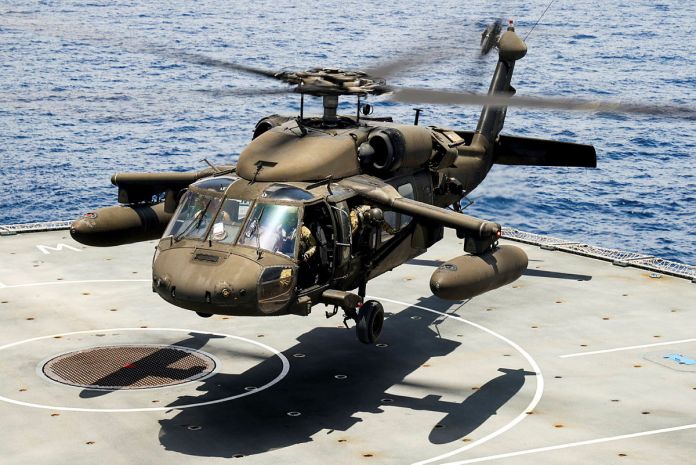 The Royal Navy ship RFA WAVE KNIGHT is supporting the US contribution to the international humanitarian response. RFA WAVE KNIGHT arrived off the west coast of Haiti in the early hours of Wednesday. It will allow US helicopters to refuel as they fly to and from the island, extending their range and time available to support the disaster relief efforts.

People in The Bahamas will be used to the Royal Navy helping in this way. Most recently the support from RFA MOUNTS BAY after hurricane Dorian. Two British naval ships – RFA WAVE KNIGHT and HMS MEDWAY – are currently deployed to the Caribbean to provide humanitarian assistance and disaster relief. MEDWAY provides the Royal Navy’s persistent presence in the region and has been deployed since January 2020. WAVE KNIGHT arrived in the Caribbean in June 2021 to join MEDWAY in supporting British Overseas Territories and other partner nations throughout the Atlantic hurricane season.

Following a request for international assistance from the Haitian Government, the UK will send a team of medical experts and a UK humanitarian expert is deploying from the UN to provide support. Defence Secretary Ben Wallace said: Communities in the Caribbean can rely on the Royal Navy to come to their aid when disaster strikes.

The Royal Navy has a proud history of supporting British Overseas Territories and other partners in the Caribbean during hurricane season. I’m proud that the UK can now play a part in the US effort to respond to the devastating earthquake in Haiti.

Experts from the UK’s Emergency Medical Team (UK EMT) will be deployed to Haiti this week to assess requirements for medical assistance and identify additional support.

The team of 4 medical experts from the UK, Italy and France specialise in emergency medicine, rehabilitation, and logistics, as well as humanitarian healthcare. They are expected to deploy for up to 2 weeks. UK Minister for the Caribbean Lord (Tariq) Ahmad of Wimbledon said: It is at times like this that the international community must come together to help those in crisis. The UK’s support will add to Haiti’s efforts to provide emergency disaster relief to those most vulnerable, including access to vital healthcare and sanitation.

On top of this, a UK humanitarian expert will arrive in Haiti as part of a UN Disaster Assessment and Coordination (UNDAC) mission, to help assess damage and humanitarian needs resulting from the earthquake. The UK will also support the Caribbean Disaster Emergency Management Agency (CDEMA) who will aid the Haiti Civil Protection General Directorate (DGPC) with operations and co-ordination.