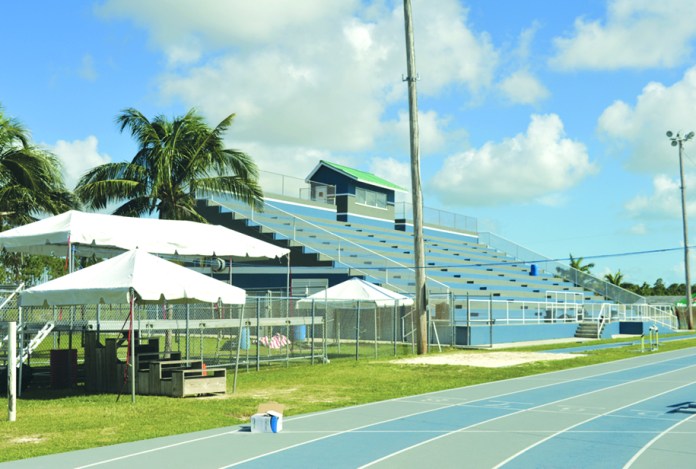 Minister of Youth, Sports and Culture the Hon. Iram Lewis says Grand Bahama will be among the first family island to benefit from improvements to its sporting facilities.

He says improvements to the Grand Bahama sporting complex, with its hard, concrete seating being replaced are underway.

“Elite or future stars are being forced to rough concrete seating in the heat of the day the concrete is hot and in the and on wet day the area will remain damp or wet and they have to sit in those areas.

“No longer will that be the case as the first installation of proper seating at the track and field facility is now being and we have received numerous messages of the situation.

“These improvements will support the commitment of the government to edition of the Bahamas games in 2023 and this will co-inside with the Bahamas’ 50th anniversary of independence.