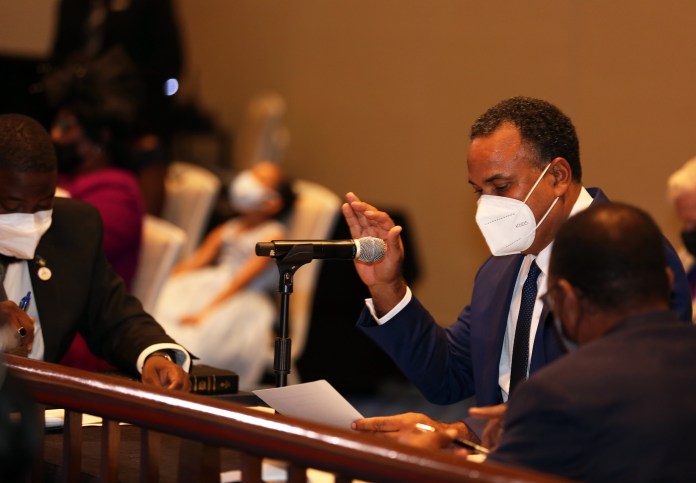 Despite the abundance of empirical evidence and being denounced by local and international experts, the opposition continues to peddle its misguided tax policy by attempting to pass an eleventh-hour amendment to the government’s VAT Amendment Bill.

The Davis Administration has looked closely at the evidence and consulted widely with local and international experts to design a Supplementary Budget that balances restoring the nation’s fiscal health while providing economic stimulus and direct relief to the Bahamian people.

To upset that balance by retaining the ill-advised zero-rating regime would further deepen the government’s revenue shortfalls, and also hinder our ability to support middle-class Bahamians and the most vulnerable populations in our country through the relief measures proposed in the supplementary budget. The evidence has shown that the last administration’s zero-rating policy allowed the rich to accrue
more savings than any other group while lower-income households accrued the least benefits.

The Bahamian people should consider the government’s approach holistically. Working together, each element is needed to support our goals for this supplementary budget. We are eliminating zero-rated items to ensure that the application of VAT is as fair and equitable as possible. Simultaneously, we are introducing an overall decrease from 12% to 10% to bring net savings to every household and business,
stimulating consumption and protecting against rising global costs.

These changes have given the government leeway to bring further relief to the Bahamian people through the return of annual increments for civil servants, clearing up the promotions backlog, increasing pensions for civil service retirees, extending unemployment benefits, paying a $500 lump sum payment for all unemployment programme beneficiaries, and re-introducing the RISE programme for direct cash
transfers to the most vulnerable.

The stated measures allow us to provide more targeted relief that does not have the unintended consequence of disproportionately benefitting higher-income households more, which was inherent in the previous administration’s approach.

The fact that the opposition is taking this opportunity to rehash their failed, and unsupported argument in favour of retaining a haphazard, deficit-growing approach that benefited big businesses and the wealthiest households more is only further proof of their true priorities. They were willing to advocate for this approach even though evidence suggests it would lead directly to the VAT rate being increased to
15%.

This is not an approach that the Davis administration could retain in good conscience. The opposition is opting for political theatre instead of empirical evidence and expert advice. They are trying to score points instead of substantively addressing the needs of the Bahamian people. This administration will not be distracted in enacting its agenda for the benefit of all Bahamians. The Supplementary Budget is a first step in the right direction—a new direction.