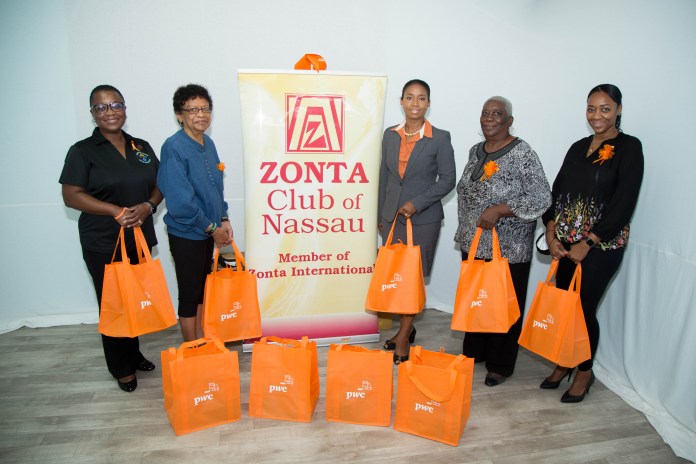 Zonta International is a leading organization of professionals whose mission is to empowering women and girls through service and advocacy. Zonta’s causes include advocating for gender equality, expanding access to education and ending gender-based
violence.

The Zonta Club of Nassau donated women’s care packages to the Bahamas Crisis Centre as part of its activities for the 16 Days of Activism to Say No to Violence. This United Nations designated campaign began on 25 November, the International Day for the Elimination of
Violence against Women and ends on 10 December, Human Rights Day. The care packages were assembled by club members, members of the Aquinas College Z Club and volunteers from PricewaterhouseCoopers, one of the club’s corporate partners.

For the remainder of the 16 Days of Activism, the Zonta Club of Nassau will host gender- based violence training webinar for school guidance counsellors on Tuesday, 07 December 2021 at 11:00am. They will also join other Zonta Clubs, the Department of Gender and
Family Affairs and other service organisations in their initiatives to raise awareness about gender-based violence.

Source: The Zonta Club of Nassau