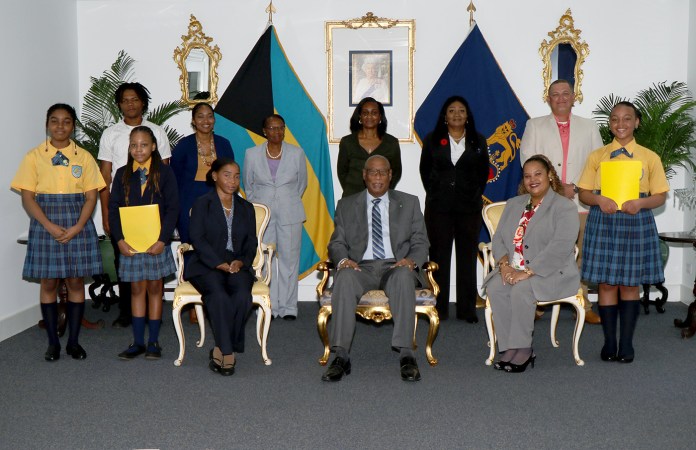 Ashleigh Knowles and Angel Darville, students of Palmdale Primary School, have emerged as winners in the 2021 Queen’s Commonwealth Essay Competition for Commonwealth countries. The sixth grade students are the recipients of silver and bronze certificates respectively for excellence in the Junior Writing category for The Bahamas. The students are members of the Commonwealth Writers of The Bahamas, a non-profit organization which comprises 75 percent students from New Providence and the family islands, ages five to sixteen.

Nibria Bain and Haley Thurston, also sixth grade students of Palmdale Primary School and members of the Commonwealth Writers of The Bahamas, participated in the competition. Since 2015, Bahamian institutions, including Mary Star of the Sea Catholic Academy in Freeport, Grand Bahama, have participated in the Competition. Adult Bahamian writers have been participating in the Commonwealth Writers Short Story Prize Competition UK for Commonwealth countries since 2015. The 2019 participants were Vera J. Chase and Loxsley Bastian of New Providence; Zulika McAulay, Berry Islands and Jessie Stuart Rolle, Andros.

Alexia Tolas, a writer from Long Island, was the Caribbean Regional Winner in the Commonwealth Writers UK Short Story Prize Competition in 2019. Moreover, Commonwealth Writers of The Bahamas have previously participated in HRH The Prince of Wales Photo Contest UK for Commonwealth countries. The winning entry from The Bahamas, filmed in Nassau Harbour near Atlantis Resort, was of a Canadian tourist
who photographed while snorkeling, photographed turtles as they were swimming. The photo was on display at the 2015 Commonwealth Heads of Government Meeting in Malta.

Established in 1883, the Queen’s Commonwealth Essay Competition is the world’s oldest international writing competition for schools. It is an important way to recognize achievement, elevate youth voices and develop key skills through creative writing.