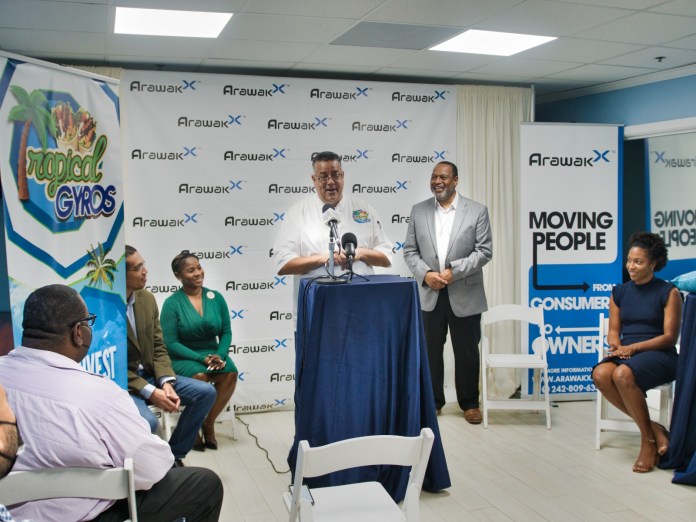 Over 195 investors have pledged to invest over $104,000 in Tropical Gyros in its first week on crowd funding platform ArawakX. Tropical Gyros brings together healthy cuisine, savory flavors and Bahamian culture to life. The company decided to crowdfund with an aim to creating a franchise system, first nationally and then internationally.

Tropical Gyros is a popular restaurant that came from humble beginnings, with its first appearance being a food vendor at the World Relays in 2015. “I was able to sell 1700 at the two day event and interact with athletes from The Bahamas and many of the countries. They all enjoyed my food and that is when I knew I had something special.” says Founder Chef Kevin Culmer. Thereafter Tropical Gyros has gone on to establish a steady footprint in the takeaway restaurant arena offering its unique gyros, salads, and bowls.

One of the advantages of crowdfunding is that your customers become your investors so many people are willing to support because they are familiar with the brand. “I chose to utilize ArawakX because I wanted to give my customers the opportunity to share in our growth as I appreciate all of the support we have received throughout the years.” says Culmer.

“Our marketing data allows us to capture the occupation of those investing and the list is extensive. Occupations include; janitor, security guard, nurse, civil servant, self- employed businessman, CEO, etc.” says D’Arcy Rahming Jr. Chief Technology Officer ArawakX launched last year with the company’s massive transformative purpose to change consumers to owners. “Clearly the new social contract is one of ownership. And ArawakX is rising to meet that challenge to give access to those who it may have been too expensive to invest before,” says Rahming. Rahming claims this is possible because of its proprietary Fintech platform which was developed in Silicone Valley. Anyone wishing to find out more about Tropical Gyro should go to ArawakX.com