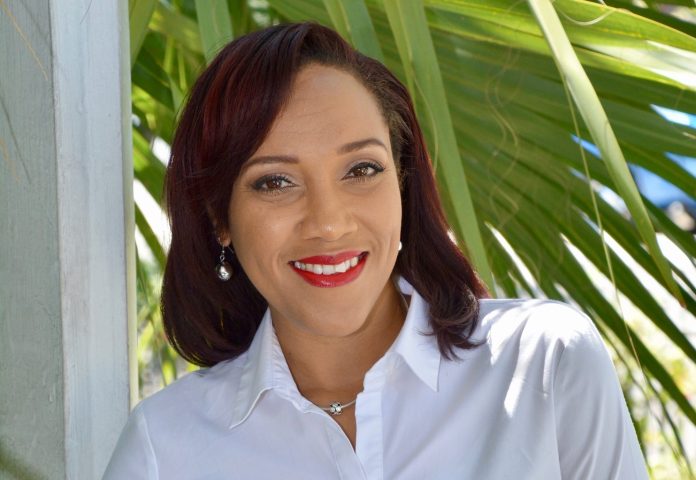 After years of a sluggish economy, real estate in Grand Bahama is ‘suddenly a hot commodity’ drawing interest from local and foreign buyers, thanks to major new investments that have driven prices up by double digits in the last quarter, according to a real estate agent.

Alex Thompson of Island Living Real Estate credits the seemingly overnight increase in Grand Bahama properties to hundreds of millions of dollars in investments led by Carnival’s cruise port,  the transformation of the Grand Bahama Shipyard, a new buyer for the Grand Lucayan hotel, the harbour project, the sale of the Port Lucaya Marina, the O2 Resort and WAUSM (the new medical university) – all projects that have been promoted or promised for years and are now in the works or inching toward reality.

“Investor confidence is up in Grand Bahama,” said Thompson, who handled retail sales for years before joining the Nassau-based Island Living Real Estate firm three years ago as its sole Grand Bahama representative. That same year, Hurricane Dorian hit the island followed six months later by the COVID19 outbreak and lockdowns. For Thompson and others, it was a hard one-two punch that many believed knocked the wind right out of Grand Bahama’s sails.

But, she says now, the disaster focused a lot of attention on the island in the northern Bahamas.

“We were center stage and now people saw for themselves what this “Second city” had to offer. An efficiently planned city, below market priced properties, access to miles of unspoiled beaches and intricate canal waterways. Everyone finally noticed that what you would pay in Nassau, you can get triple that in property value in Grand Bahama,” Thompson says.

The now very busy agent said from the time Carnival announced the 369-acre cruise port and the government revealed the new hotel buyers, reverberations were felt throughout the island’s property market. The cruise port, which will be able to accommodate two large cruise ships simultaneously, is being built 20 miles to the east of Freeport and will feature Bahamian-operated stores, a nature preserve and a major water feature.

“Even though it is 20 miles away from the heart of the island, it will create its own demands. Contractors working on the project will need a places to stay, places to eat, they’ll need transportation, offices, administrative staff etc. These monumental projects will also have heads of management, engineers and project directors needing to relocate to the island, so the rental market, which is already strained will see continued increase in demand. We’ve not had a major investment like this in a very long time. We have always talked about potential in Grand Bahama. Now the potential is real. ”

Both the former and the current prime ministers believed in Grand Bahama’s potential, the current PM Philip Davis lauding Carnival’s cruise port as signaling “new hope for the island’s recovery.” And just months earlier, the former prime minister announced Royal Caribbean and Carnival’s $350 million investment in the transformation of the Grand Bahama Shipyard with two floating docks that will accommodate the world’s largest cruise ships for maintenance and repairs.

According to Thompson, recovery and “excitement” are already being felt in the property market.

“Throughout the island we see demand increasing and values rising in all areas — in residential, in commercial, in beachfront,” she said. “Before the 2019 hurricane, we had a surplus of listings, now we are short in every stream.”

Among the biggest surprises, she says, is the rush to buy or sign long-term leases sight unseen.

“We are a hot commodity right now, even older condos that sat for years are being sold,” she notes, estimating that undeveloped land has increased in price by as much as 25% in the last quarter and rental prices are up by the same. Some property owners have even pulled their listings from the MLS in hopes to relist later at higher prices.

If there is one place Thompson says that immediately reflects the change, is a luxury residential gated beach front community called Shoreline Bahamas.

“It’s the only development of its kind on Grand Bahama,” says the agent. “It has everything you come to an island paradise for – 26 acres of tropical gardens, 24-hour security, eight pools, including an infinity pool, three tennis courts, basketball court, clubhouse, fitness center, even a community pond at the center with ducks and fish. The homes are exceptionally built with marble baths, granite counter tops, exquisite furnishings throughout and hurricane impact windows and doors. The grounds are meticulously maintained and the community is very well managed. “There really is nothing else like it on the island.”

Thompson, a Grand Bahama native, says it’s time the island got the respect it deserves.

“We’ve got over 40 beaches and no matter where you are, you are never more than 15 minutes away from any one of them. Ten cars on the road is what we call a traffic jam and there’s only about six stop lights throughout the island,” she says. “Grand Bahama is no longer the illusion of the magic city, it’s all now very, very real.”