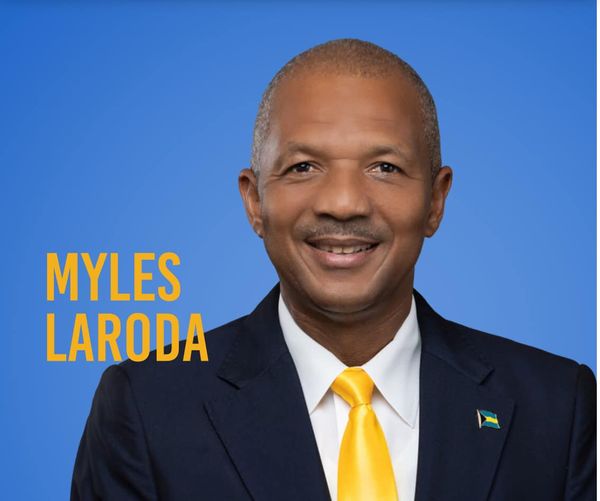 The Davis Administration has every intention of addressing the concerns of residents of Moore’s Island, Abaco; Sweeting’s Cay and the East End, Grand Bahama, Constituency in a timely manner,” Minister of State for Disaster Preparedness in the Office of the Prime Minister, the Hon. Myles LaRoda, told the House of Assembly Monday. Residents in the commercial fishing community of Moore’s Island, and those on Sweeting’s Cay and in East End, Grand Bahama, Constituency, are still recovering from the devastating impacts of the monster storm, Hurricane Dorian that brought unprecedented destruction and/or damage with it in 2019.

State-Minister LaRoda said reconstruction work in the impacted areas “is far from complete.” He said an assessment of the areas during recent visits to the “disaster zones,” makes it: “Evident that devastation of Dorian is not a one-year, a two-year fix, and will require a focused effort by the government and the communities most exposed.”

“As it relates to the now defunct Ministry of Disaster Preparedness, Management and Reconstruction, we were faced with three government agencies that were tasked with overlapping responsibilities. You had NEMA (National Emergency Management Agency), you had the Ministry of Preparedness, and you had the DRA (Disaster Reconstruction Authority) and the government has decided to further streamline those entities into two,” Mr. LaRoda said.

“I must note though, that with the reduction from 3-2 of the agencies, there has been no loss of employment for employees of those institutions and so the public can rest assured that we are just streamlining, making more concise. Having less bureaucracy to deal with will make us more agile as we deal with providing relief to those who are still traumatized by the effects of Hurricane Dorian.” State-Minister LaRoda said his recent tour of the Abaco Cays, Moore’s Island in particular, gave him much insight as to: “what lack of government infrastructure is as it relates to that community.” The State-Minister also toured Sweeting’s Cay and East End, Grand Bahama.

“I say again, the image of a dock that was built with reclaimed wood and reclaimed nails is one of resiliency, but I do believe that we, as a
government, have a moral obligation to uplift the lives of those constituents. I noted the lack of docking facilities, the clinic and also the
airport, or lack thereof of an airport terminal, and I could say to the members from north and from south Abaco that this government has every intention of addressing those concerns of Moore’s Island in the not- too- distant future.

“Green Turtle Cay was another area that experienced a lot of damage,” Mr. LaRoda said. “They are further along with regards to getting back to normalcy. I also noticed Sweeting’s Cay and the East End, Grand Bahama, Constituency in which there has been a lot of damage sustained: the government is looking into relief as it relates to those communities.

“I think the former Administration had a plan to amalgamate some of the schools there in East End and hopefully, in the not-too-distant future, we will be able to speak to this government’s plan, whether they will continue on the plans of the previous Administration or to tweak it a little bit. But to those residents of East End, rest assured that the government is aware of your situation and has every intention to address those concerns in a timely manner,” the State-Minister added.