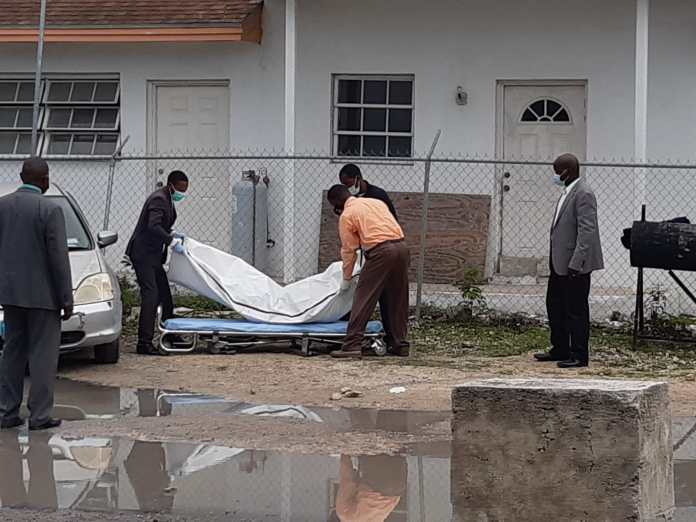 Investigations continue into the country’s latest homicide that too place on Monday shortly before 10 o’clock.

Police were alerted to gunshots on Polhemus and Nassau streets. Police Press Liason Officer, ASP Audley Peters explains what police found when they go to the scene.

“Our officers responded and, on their arrival,, they were directed to a grey Honda Civic which was parked in an open lot. An examination of that vehicle revealed the lifeless body of a male who appeared to have gunshot injuries.

“EMS was summoned and they pronounced that body lifeless. Initial investigations revealed that the victim was approaching his home when a vehicle stopped him; occupants exited that vehicle and discharged firearms in his direction where he was fatally wounded” Peters said.

The victim’s mother Maria Augustine identified her son on the scene.

“Stavante Ricardo Moss first born of four children. He just left the house said he’s going right around the corner; he’s coming right back. He took about five minutes all I heard was a gunshot. I came outside, when I looked, I see a black car and the gentleman coming out the car shooting. My son is a nice generous loving caring” she said.

Peters says that the police continue to urge the public for their assistance in crime matters.

“If you are aware of someone who’s brandishing a firearm or any other illegal substances that they should not be in possession of that you contact your nearest police station or contact the criminal investigations department at 5029991 or use the 919 number.

“Police act on information and when we get the information, we do our best to be principled to be determined to act on that information to bring the results.

“What is a problem for us today is the proliferation of firearms in the streets in the Providence on in the Commonwealth of the Bahamas in general; however it is every once responsibility to do their part if you see something” Peters said.