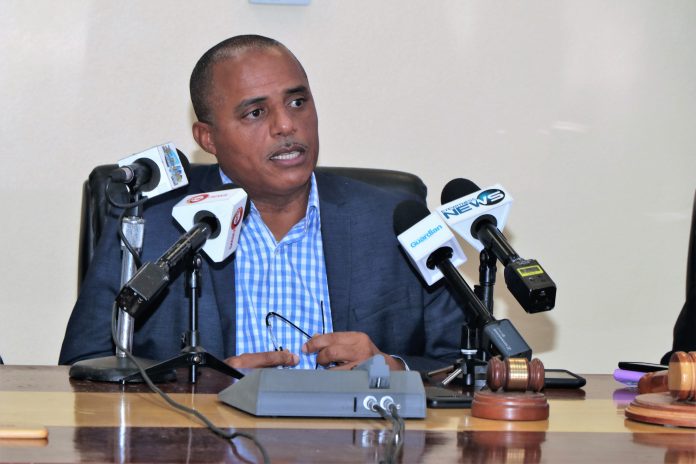 National security officials say a strategic approach, combined with the latest technology, is being utilized to fight crime and reduce fear of crime in the country.

“We’re using a combination of strategy, we’re using resources, we’re educating our rank and file our officers to ensure that they are among the best anywhere in the world.

“We are pleased that the strategy that we promised that we would deliver is reaping some results but now we have to ensure that we continue to work toward that end so that these numbers will continue to fall” he said.

The national security minister also spoke to ongoing efforts by the police to remove illegal contraband off the streets.

“I saw one weapon that was recovered just recently that may have been involved in a number of matters.

“These are assault rifles that they have to potential of killing a lot of people once the trigger is pulled by inexperienced person. “A lot of these are our kids. Police not only have to protect his or her life and the life of the persons they are working with but he or she must also be thinking about the lives of the people who reside in that community” he said.