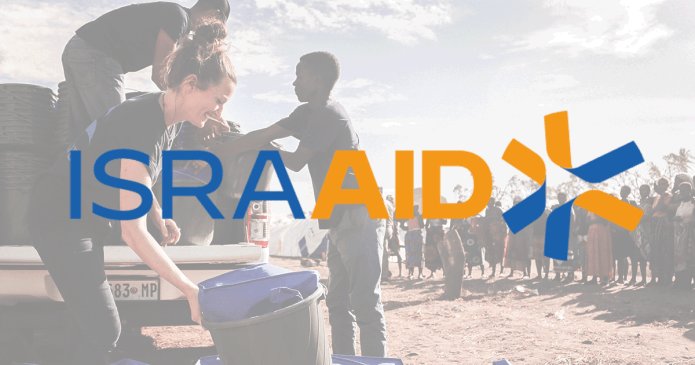 Nassau, THE BAHAMAS — Ever since Hurricane Dorian ravaged Grand Bahama and Abaco in 2019, Israeli non-governmental organization (NGO) IsraAID has been on the ground providing critical Water, Sanitation, and Hygiene (WASH) support to those adversely impacted.

As a result of the storm’s devastating impact on groundwater resources on both islands, IsraAID is now seeking to ensure that residents have consistent and sustained access to disaster-resilient water resources by enhancing local capacity and improving strategic water infrastructure management.

IsraAID officials Dr. Ancilleno Davis and Gil Guberman outlined the details of its philanthropic WASH programme during a recent presentation at the University of The Bahamas (UB) Research Edge forum. The efforts are being channeled through a partnership which also involves the Water and Sewerage Corporation (WSC) and the Grand Bahama Utility Company. Their work is driven by the vital need for strategic groundwater monitoring and management in The Bahamas.

“[This project] was basically to gain a better understanding of the groundwater situation post-Dorian,” said Mr. Guberman, IsraAID WASH Programme Manager. “And for us, in our project, this helped us to assess the most impacted water lenses, and to ultimately decide where and how we wanted to construct a groundwater monitoring system for the authorities.”

The project commenced in November 2020 with an intensive, several month-long hydrogeological survey, in which Mr. Guberman and the previous WASH Programme coordinator mapped the primary wellfields on Grand Bahama and Abaco.

They also pinned via GPS the locations of pump stations and wells, and where possible, measured water quality. It was confirmed that Grand Bahama has four primary wellfields that supplies water to Freeport and the surrounding towns. The largest one is situated in close proximity to the UB-North campus in East Grand Bahama. The campus was devastated in Hurricane Dorian.

“Before Dorian, that wellfield supplied 60 percent of the freshwater for Freeport, in good quality most of the time,” said Mr. Guberman. “However, it was also the wellfield that was most impacted by the storm surge during the hurricane. And today it still has extremely high salinity levels, way beyond drinkability.”

In Abaco, IsraAID officials identified seven primary wellfields spread across the length and breadth of the island from north to south. However, Mr. Guberman said the placement of those wellfields present immense challenges for the overall water management from a logistical standpoint. Additionally, certain wellfields are situated on the narrower parts of the island and are closer to the ocean, meaning that the freshwater lens is thinner and more vulnerable to saltwater intrusion.

To neutralize the issue, IsraAID has established a groundwater monitoring network by drilling 16 observation wells—eight each on Grand Bahama and Abaco. On Abaco, one well was drilled in each primary wellfield, and two in Marsh Harbour, which contains the largest wellfield. IsraAID has also constructed two sentinel wells, which are wells that go past the freshwater lens into the brackish zone, which will allow officials to track long-term changes that will most likely be attributable to the rising sea level as a result of climate change.

Groundwater monitoring sensors have also been installed in each of the 16 observation wells to track groundwater temperature, conductivity, and salinity. They also measure the static water level, that is, the depth of the water column above the sensor. Since the installation of those devices, IsraAID officials have conducted practical and theoretical water management training for WSC and GBUC officials on groundwater management adaptation.

“Essentially, it means meeting the needs for water in our communities now without damaging the water source or the infrastructure,” said Dr. Davis. “And in the short-term, we need to basically meet the demand. Think of cleaning, cooking, drinking water, and hygienic needs.”

Dr. Davis noted that both WSC and GBUC work to meet World Health Organization (WHO) standards, but their operations utilize wells and pumps to extract groundwater to deliver it to their respective customers. As such, he said IsraAID also wants to assess the wellfields and pumping systems those agencies are using to ensure that they are operating efficiently, and to minimize pumping saltwater through them to prevent damage to the existing infrastructure.

Such damage could cause more downtime and less delivery of water to customers. “So these short-term goals of meeting demands now, achieving international standards, improving efficiency, and assessing the system feed into long-term goals, which also include improving efficiency and delivering on future demands,” noted Dr. Davis. “But there’s also this element of planning, maintenance, and developing resiliency in the overall system.”