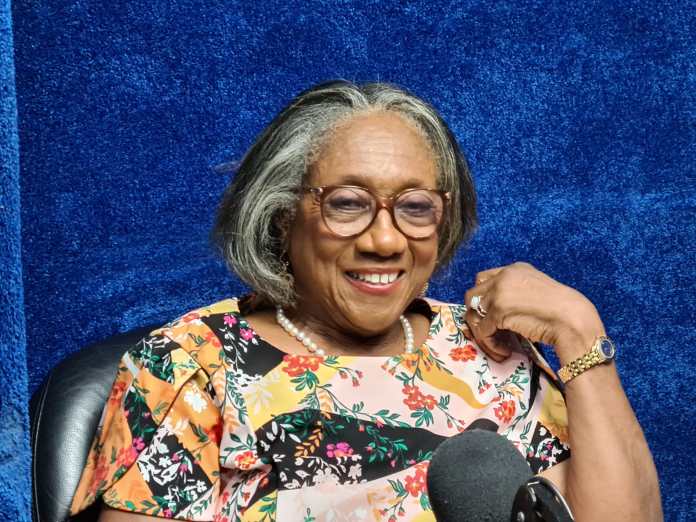 Today is a very sad day for The Broadcasting fraternity and the family of The Broadcasting Corporation of The Bahamas (aka ZNS), as we learn of the passing of a Broadcast pioneer, Mrs. Elva Russell-Rolle. Elva was born in Nassau, Bahamas, the second of eight children born to Inez and the late Otis Russell. Elva always said that she “grew up in an environment where emphasis was placed on love and good home-teaching and education was viewed as a priority and a step in becoming independent.”

She spent her high school days at Xavier’s College. While there, she was part of the first group of students to attend the Nassau Technical Institute, which pioneered the College of The Bahamas in 1964. Following graduation, Elva worked at one of the Scotia Bank branches in Nassau for two years, before attending Levitan Business School in Philadelphia, Pennsylvania. While there, she realized that she was not interested in Secretarial Science and used her inherent flare for entertainment and actively pursued a career in broadcasting.

Philadelphia was an ideal place for Elva. The musical and theatrical expressions made it a perfect fit for her talents. Elva wanted to be a part of this world, but in her own country. Broadcasting appeared to be that vehicle for her talents to flourish.

Elva was greatly influenced by a female Television Anchor, Edith Huggins, who seemed to be able to balance career and family; she felt as though she could do the same. She then relocated to Boston, Massachusetts, to attend Graham Junior College. Initially, she considered studying Television Performance, but she soon realized that her talent and love was in Television Production. Mrs. Russell-Rolle also earned a degree in English Language and Literature from the University of Miami.She began her career at ZNS as an Apprentice in the Summer 1969. The following year, after graduating with an Associate’s Degree in Communication, she secured a permanent position. The rest is history, as she was also one of the original twelve to attend Ryerson Polytechnical Institute and the Canadian Broadcasting Corporation in Canada in 1976 while at The Broadcasting Corporation of The Bahamas.

In the 1970’s, she worked every shift except “music til dawn” and was able to prove herself just like the “big boys,” Charles Carter, Calsey Johnson, Carl Bethel and Reg Smith. She performed her duties effectively and efficiently. In addition to her regular Radio shift, she produced programmes such as “Housewives Choice,” “Emphasis on Modern Living,” and “Team Challenge.”

Elva was also part of the Evening News team, reading International News and the Weather Report.

Elva believed that her greatest contribution in Radio was interviewing practically every female group in Nassau and the Family Islands for the “Green Papers” in preparation for The Bahamas becoming an independent nation. Elva also mentored and coached many of today’s young professional women in the field of broadcasting and she will be forever etched in the fraternity of broadcasting in The Bahamas and in particular, at The Broadcasting Corporation of The Bahamas.

On behalf of the Executive Chairman, Board of Directors, Executive Management and Staff of The Broadcasting Corporation of The Bahamas (past and present), we send our sincerest condolences to Mr. Anthony “Boozie” Rolle and the entire Rolle family on the passing of this Bahamian broadcast giant.