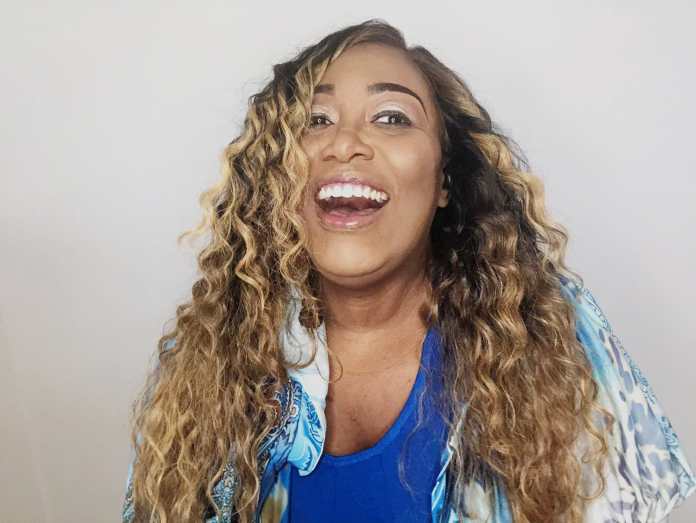 When the world significantly changed in 2020, there were a few crucial things that remained the same, like the need for hope. The world needed hope to combat the fear of a fast moving, never-before-seen virus. Here in The Bahamas, we needed hope to uplift our communities in the midst of looming uncertainty and a reminder of God’s presence in an atmosphere that often felt like a never ending storm. In times of despair, music is comfort for the soul.

Quietly crafting songs of comfort as she maneuvered her way through life in a pandemic, gospel recording artist Vanessa Clarke, an inspirational soulful songbird who has ministered to audiences for more than 30 years, built a radio career as “Divine Lady”, a popular Radio Personality at the Broadcasting Corporation of The  Bahamas Northern Service in Freeport and whose music is played on radio stations around the world, has been battling a neurological disease that has affected her mobility and kept her away from radio listeners. The condition has taken away her ability to walk but has not taken away her ability to sing, Vanessa’s beautiful voice is unscathed.

Last July, she released the song and music video “Going Through (I Will Do This For You)” from her Vanessa Clarke and Friends music project. She admits this project was very special to her because prior to recording the song, doctors told Vanessa that her lung function was at a mere 40 percent, which made it almost impossible for her to record. Determined to complete the project, Vanessa knew she had to trust God and use every bit of strength she had to get the job done.

“It took everything out of me to get it done. And the miraculous thing is, I gained strength in my lungs in doing so. I was so low but God will watch over His word to perform it. I can’t tell you the joy I had just being able to praise again!”

By November 2020, the song had attracted major attention internationally and received multiple gospel music award nominations from the Texas Gospel Music Excellence Awards in the categories – Female Soloist of The Year; Duo/Group/Choir of The Year City; Producer of The Year; Gospel Video of The Year and Song of The Year for “Lord’s Prayer”, her most popular and the most requested song of her music career.

“I’m a music minister, a vessel for Jesus Christ and even in my situation I still felt the call to reach out and encourage people who are going through trials. There’s no trial that’s to hard for God. Keep your trust in God, He will never leave you or forsake you, he’s always by your side.”

As dawning of 2021 approached with anticipation worldwide, Vanessa’s music momentum continued with an appearance and vocal feature on “The Blessing Caribbean” music video, a virtual collaboration of over 40 Caribbean Gospel artists, Worship Leaders and Musicians, which appropriately debuted on January 1st. She also celebrated the second anniversary of her CD and book “Like The Dew”, which was released in 2019.

In the days leading up to her 46th birthday which she celebrates on February 18th, the songstress was surprised by news of another round of music nominations she received for Vanessa Clarke & Friends “Going Through” from the 2021 Gospel Choice Music Awards in the categories – Contemporary Christian Artist of The Year; Group/Duo/Community of The Year; International Group/Duo/Choir of The Year; International Song of The Year and Video Project of The Year. The song she struggled to record has to date been celebrated by the music industry with a whopping eight nominations.