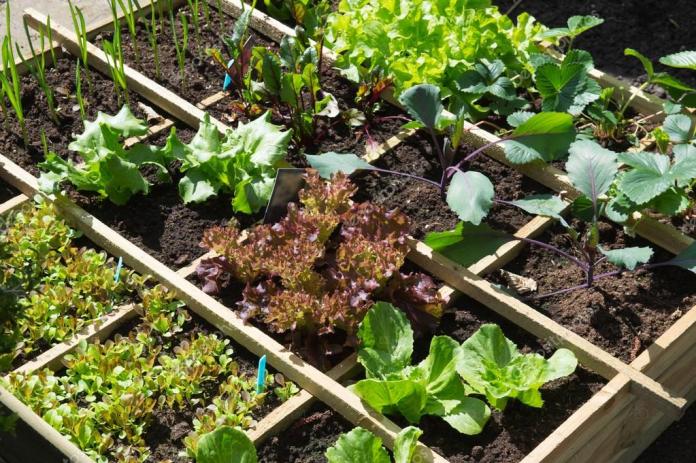 As a result of the pandemic, many food packages have been distributed throughout The Bahamas. While this is being done in a positive effort, many of the packages primarily contain unhealthy food items.

Dietitian Phylicia Rolle is warning that during the pandemic thousands of Bahamians collected food packages from the government, yet some complained the packages were full of starches and had no nutritional value.

Rolle says eating too much starch can cost weight gain and can cause health problems such as cardiovascular disease and diabetes.

In the Bahamas, diabetes is the fifth main killer and one in seven people are suffering from diabetes. There have also been 37.9 deaths per 100,000 people, according to local reports. Although the less fortunate must depend on the government for food during the pandemic, Rolle insists on eating certain foods to stay healthy. She urges Bahamians to reevaluate their lifestyles.

“If you make an effort into eating healthy you can live a longer life and your body would be equip to fight off any viruses or bacteria,” she says.

“You can carry a horse to the well but that doesn’t mean they’re going to drink. Bahamians love starchy food especially on a Sunday so we would need to find ways to help educate our people,” she says.

Agricultural Economist, Lamonica Glinton says The Bahamas is in a compromising position during the pandemic because the government cannot feed its citizens without outsourcing food.

“We are food insecure and we have an issue with sustainable agricultural production,” says Glinton.

She provides a list of suggestions that will increase food sustainability.

She says because of the outdated agricultural methods used within The Bahamas such as the use of open fields, farmers produce is at risk of being destroyed by the natural elements which can then decrease food production.

Glinton advises officials to model countries like Jamaica or Trinidad and Tobago where farmers are utilizing greenhouses to protect produce.

Some may argue the government does provide for farmers. Glinton says after the 1990’s the agricultural sector has been given false promises. She calls for an increase in extension officers – vets for farm animals for the outer family islands. This would decrease the rate of animal mortality.

The transportation infrastructure must also be improved as produce is wasted during the transportation process; she says. Glinton also advises the government to engage in public private partnerships for the public marketing system with agricultural groups.

This is said because the government controls half of the agricultural sector; yet, the government is not a profit driven enterprise, according to Glinton.

If the government follows this expert advice and citizens plant gardens as advised by Melissa Ingraham, The Bahamas will be on the right track to food sustainability.

“This country is running out of resources. I strongly encourage Bahamians to plant their own seeds at home and if they have the space, create edible gardens,” says Melissa Ingraham, 23, of Skyline Lakes Subdivision.

A passionate environmentalist, Melissa is one of three leaders of Sustain Ya Belly, a small environmental group created in January of this year with the aim of educating people about sustainable living and improving the environment.

As part of a 100,000 tree-planting initiative on several islands of The Bahamas, the group had raised enough funds to donate more than 800 seedlings to seven islands by the end of October.

Another initiative is the replanting of native trees such as mangroves, fruit trees and medicinal plants with long lifespans such as Bahama Sage.

Dirk Watson, 50, of Saint Vincent Road, has been a farmer for over 20 years. Although he first had a career in landscaping, his passion for farming arose from wanting to save money on plants and learning how beneficial farming is.

Watson said the government is taking steps toward food sustainability but he believes the initiative will not be long lasting.

“They seem a lot more motivated now because they saw how serious the food scarcity issues had become but unfortunately my expectation is that interest will fade as soon as the pandemic fades and the measures that they’re taking doesn’t provide for sustainable interest,” he says.

Watson grows over 10 varieties of bananas in his yard which he is very proud of. He now shares his fresh produce with his neighbors and has even inspired others to create backyard gardens, therefore, creating a community effect and sustainable interest.

Although he is a licensed farmer, he does not have a business license. He said he is interested in creating an official business, but maintenance would be an issue because farming is labor intensive. He said greenhouses would help but they are too expensive and would not allow for much produce to be grown.

“The Stigma attached to farming is that schools only place unintelligent children in agricultural programs, but farming is highly technical” he said.

Watson said although the government has begun showing a bit more interest in food sustainability it is still not enough and steps must be taken to end the stigma attached to farming.

He said if 1 out of every 100 students become passionate about farming that would be a good return on investment.

Lionel Fernander, 57, of Queens Highway, Eleuthera is the proud owner of a farm and diner.

He credits his uncle for encouraging him to create a farm upon moving to Eleuthera from Nassau in 1991.

On his farm a multitude of produce can be found such as peas, sweet peppers, and juicy pomegranates.

“In Eleuthera, once we get rain we can grow anything in the red soil,” he says.

During his research he discovered the only farming method feasible on the island is pothole farming – using a pickaxe to dig a hole and mix the soil before planting seeds.

This method must be used because there is a lack of soil content.

Some may argue it is impossible to create mass farming in The Bahamas because Bahamian soil is filled with rocks and limestone, but Fernander disagrees.

He says once the pothole method is used Bahamians can mass farm but it is tedious and does not last forever.

He says soil testing and fertilizer is needed rebuild the soil. Although Fernander has been farming for almost 30 years he says he does not receive much help from officials.

“Only during hurricanes we would get a bag of soil and seeds, maybe. We don’t get anything from the government at all,” he says.

Watson has also invested in Agri-tourism – an agriculturally based operation or activity that brings visitors to a farm.

He invested in Agri- tourism after partaking in the people- to people program. The program was designed by the government to provide an authentic experience to tourists.

He now allows tourist to harvest fresh produce to be used in personalized dishes which are cooked in front of vacationers. He says he hopes Agri-tourism is something the government also invests in.

Jasmine Lundy is a Media Journalism student at the University of the Bahamas, with a keen interest in food security and agriculture.

Growing up, Lundy recalls her mother always keeping a small at-home garden, no matter where they lived. She says that as she gets older, she’s able to appreciate it more. This small example of commitment and consistency from her mother has ignited her passion for food sustainability which fueled this article.