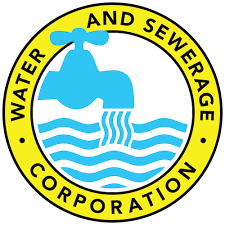 WSC Chairman and the Board of Directors inherited a number of challenges on North Eleuthera and Harbour Island when they were appointed to office in December 2021 including reduced water production, poor power supply, and antiquated infrastructure, which have adversely affected customers. Those customers especially affected were those at high elevations, or at the extreme end of the system such as Nesbitt Street and Coconut Grove on Harbour Island, and Oleander Gardens, and Gregory Town on the mainland.

On December 12, 2021, a power grid fault occurred on North Eleuthera, which lead to unprecedented grid voltage and power related fluctuations. These fluctuations resulted in both electrical and mechanical failures in a number of major water systems on both North and Central Eleuthera. These faults also affected our major reverse osmosis production plants operated by Suez/Aqua Design Bahamas, a private international reverse osmosis contractor who operates on both North, Central, and South Eleuthera, as well as several other islands.

Additionally, within the same week, a telecommunication cable was damaged, which resulted in loss of communications between our reverse osmosis supplier and key advanced remote operational controllers. This was a secondary-compounded challenge to these very sensitive and advanced devices.

Following these unfortunate events; WSC, in conjunction with its vendors, have been systematically repairing and upgrading its system for sustained and robust operations. The following has now been completed in North Eleuthera:

The Corporation was looking to engage a local expert to complete a comprehensive review and prepare a long-term strategic plan for North Eleuthera to meet present, medium, and long-term needs on the island, and remains committed to provide reliable, potable water supply throughout the Commonwealth of the Bahamas.